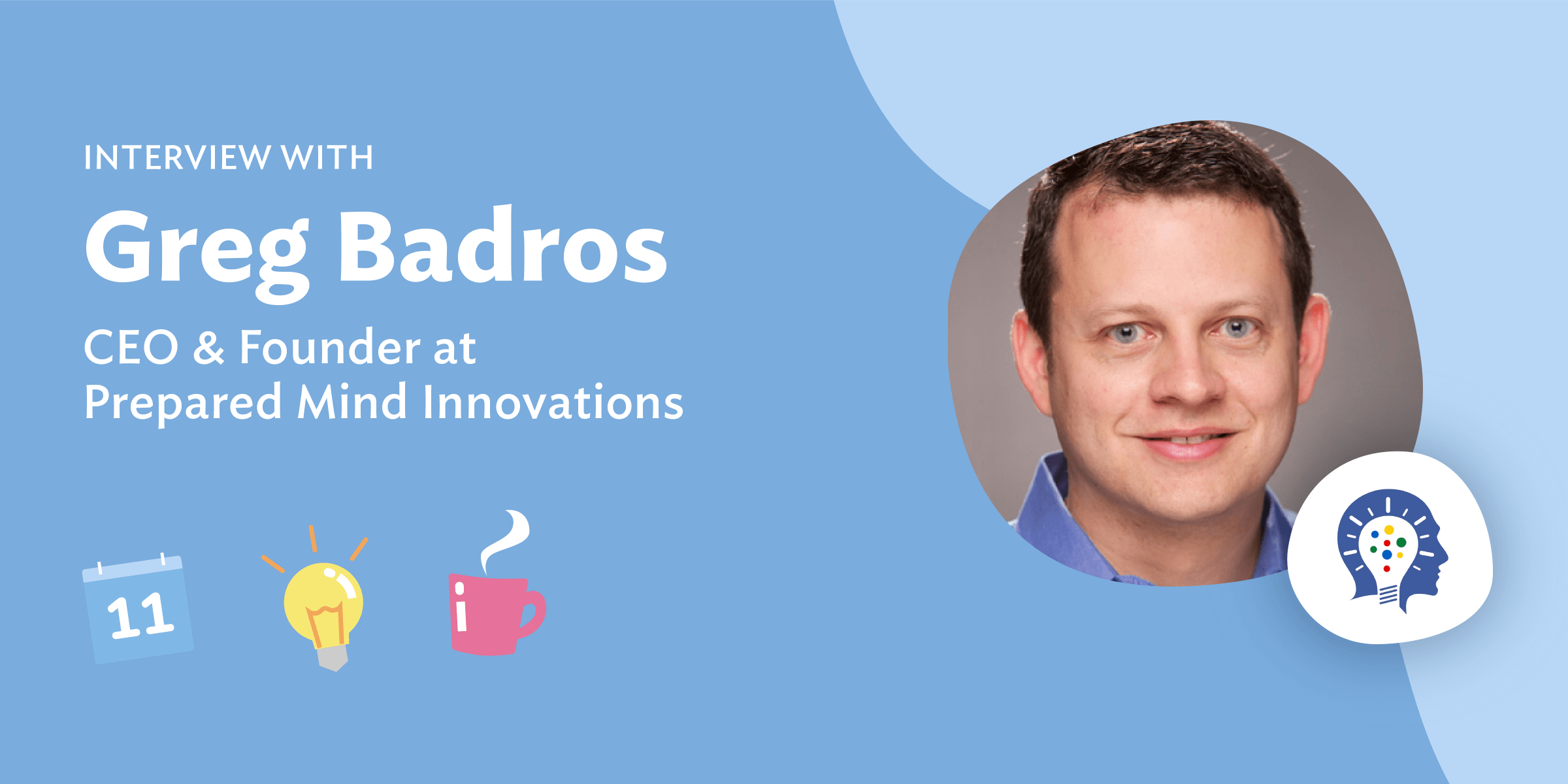 Greg Badros knows programmer productivity. Today, he advises companies at all stages with a focus on angel investing, early-stage, seed rounds, and sometimes Series-A companies as the Founder of Prepared Mind Innovations. His University of Washington Ph.D. thesis serves as the foundation of the new smart layout engine in Apple's OS X and iOS. He spent more than six years at Google, more than four years at Facebook, and many years at several high-growth startups.

We talked about the questions startup founders and Engineering decision-makers tend to bring to Greg and his advice to them:

We also talked about which of his ideas about Engineering has changed in the COVID era.

Greg told us that a good portion of the questions he gets revolve around hiring and growth. These questions include:

Sometimes, he will help with due diligence on a potential hire. “I interview a bunch for some of the startups I work with to help make sure that they get their first external, non-founder Engineering leader right,” Greg said. Other times, he will advise a company replacing a technical founder or co-founder. He’s especially helpful in cases where they're replacing the most technical person on the team, and the CEO isn’t super confident in their ability to make that selection.

Greg tells companies to delay hiring managers as long as possible, which he says is typical advice in Silicon Valley. “I'm not as extreme as we were at Google in the early days. At one point, I think I had 50 direct reports because that was what the cool kids were supposed to do. Bill Korn once had like 110-plus direct reports.” While technical leads help set direction, none of them had anyone reporting to them.

What Greg observed was that if you’re managing four to 10 people, you’re likely still doing technical work. But management “starts becoming a full-time job around 12 to 15 people,” Greg said. “You might be having roadmap discussions and so forth, but you're not a tech lead manager, a TLM, like Google likes to call them.” At that point, contra what happened at Google, it’s time to make that person a full-time manager.

How to nail your first non-founder Engineering hire

Greg says the best signal when hiring your first non-founder technical hire is having worked with a candidate before. “There's no substitute for knowing what you're going to get before they start on the job,” he said. “I think people also underestimate the value of reference checks and probably don't do a great job on reference checks.”

Greg says asking whether prior employers have anything negative to say is “the naive reference check.” A strong reference check tells you what this person values, what kinds of things they tend to take initiative on, and how they actually behaved in a similar role, which tells you how they might behave in your role.

“One of the most important things to do is look to somebody that complements the existing team,” Greg said. For example, if you or one of your co-founders is very technically competent, but you don’t have a good people-manager, then prioritize candidates that are stronger at developing Engineering talent and building teams.

“It's okay if you sacrifice a little bit on, like, raw technology experience and raw coding ability in that leader,” Greg said. But, if you’re good on high-EQ people and culture, then Greg recommends hiring “somebody that's more of a balance between being able to make smart technical decisions and fill the conventional notion of what a CTO should do in addition to being a people manager, even if they're not the most experienced or even the most excited about the people management side of what you're doing.”

Of course, you need to take your growth estimates into consideration. “If you just took $20 million in and you're going to be growing to 30 Engineers over the next month, then you need somebody that knows how to build a team and how to hire,” Greg said. “That becomes really, really important. You want to be sure they have that experience because the playbook of hiring is hard to gain at a startup. Folks who have been at growth companies and worked alongside good recruiting teams have a leg up in that area.”

Greg says a common mistake is not thinking about who’s going to be great at building out their Engineering team. “At the end of the day, that's your most important asset -- the set of people and their interrelationships,” Greg said. He recommends prioritizing candidates with deep personal networks, who people want to follow, and who can attract people and make them want to learn more about the company. “I think it can be super valuable as an early stage startup, especially one that's just taken some money and is anticipating growth,” Greg said.

How to identify red flags when evaluating Engineering managers

When it comes to things to watch out for, Greg looks for language cues like “working for me.” Greg looks for managers who understand that they’re serving their team, and not the other way around. He also wants managers who understand that management is “a different role than an individual contributor, not a better, not a more important role,” Greg said.

“When we're talking about the senior technical leader at a company, that probably is a more important role. But when you're just talking about a transition from being an individual contributor to being the manager of a team with fewer coding and technical responsibilities, that's just a change in role, that's not a promotion.” He’s wary of people who talk about that as a promotion or say people worked for them instead of working with them. “Those kinds of things make me wonder about the culture that they're coming from,” Greg said.

Offshore, contract hourly employees don't seem to be as optimal a choice to Greg in the COVID era when you don't need office space anymore.

“One of the costs of having an employee is having space for them to come to and the perks of the space where they come to,” Greg said. “You don't need that these times. When you're just talking about salary, healthcare, and financial benefits, the cost structure is much more competitive with offshore hourly contract work than it was in a world where you needed 100 square feet for each employee, especially with real estate prices.”

He predicts a lot of companies aren’t going to grow their in-person space the way that they had planned to. Greg said he’s excited about a model where people work from home most of the week. One team will come into the office one day, and another team the next. In that scenario, you might only need half the space. “You're kind of just turning everything into conference space,” Greg said. “And it's just for people to come in and collaborate together when they want to.”

To read more of Greg’s thought leadership, follow with him on LinkedIn. And check out this post for tips for successfully onboarding remote employees. 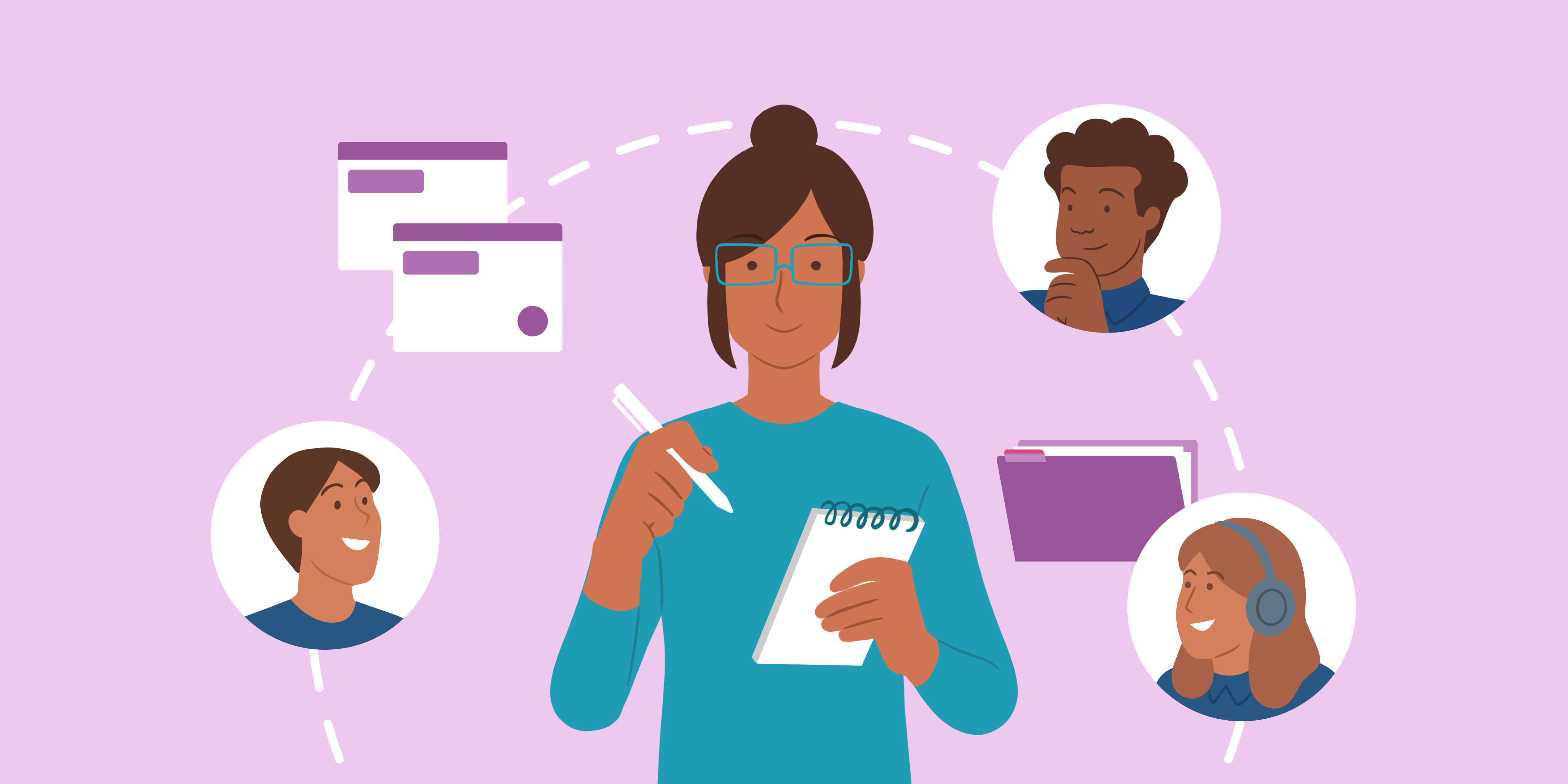 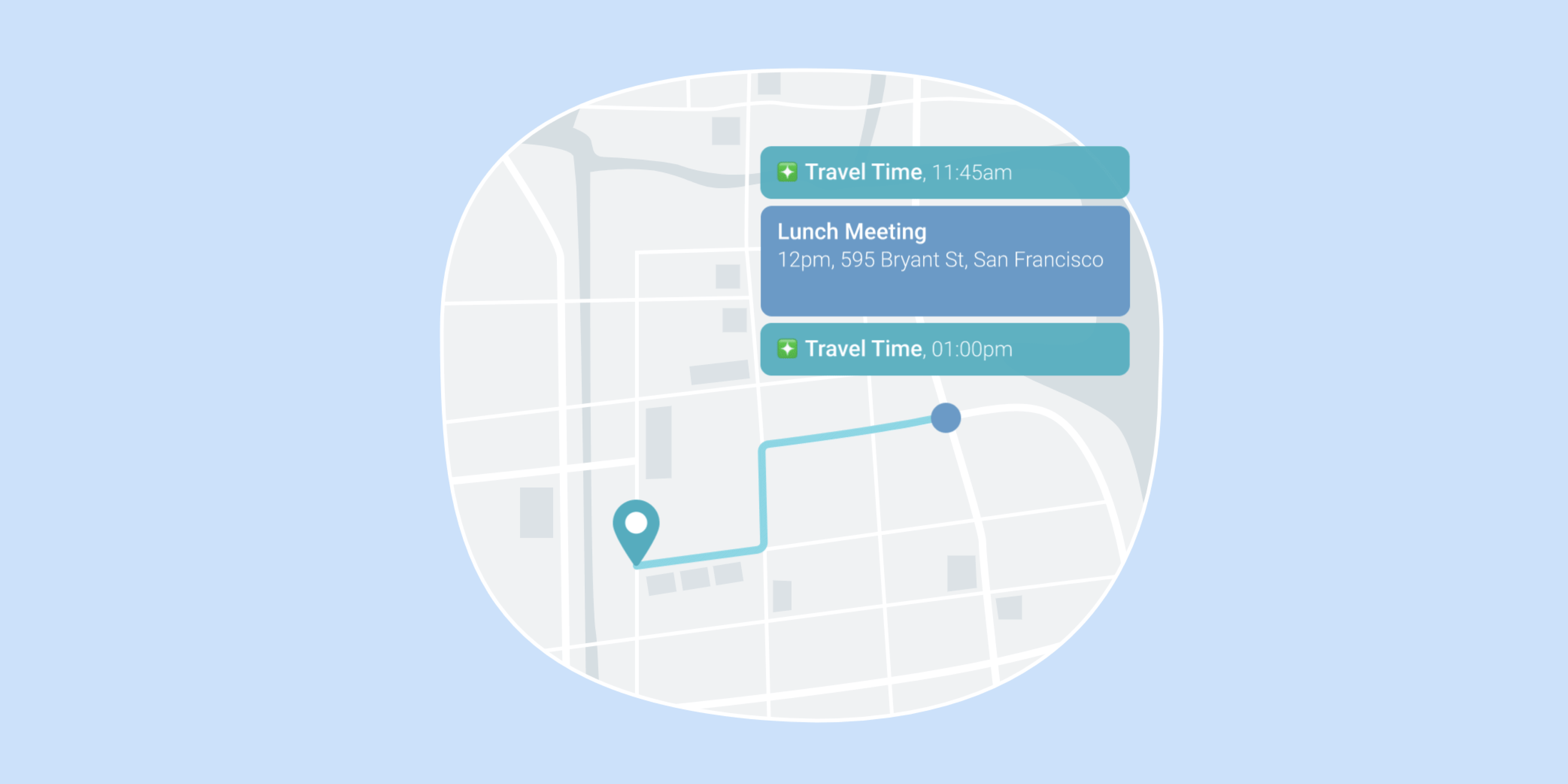 How to add travel time to Google Calendar 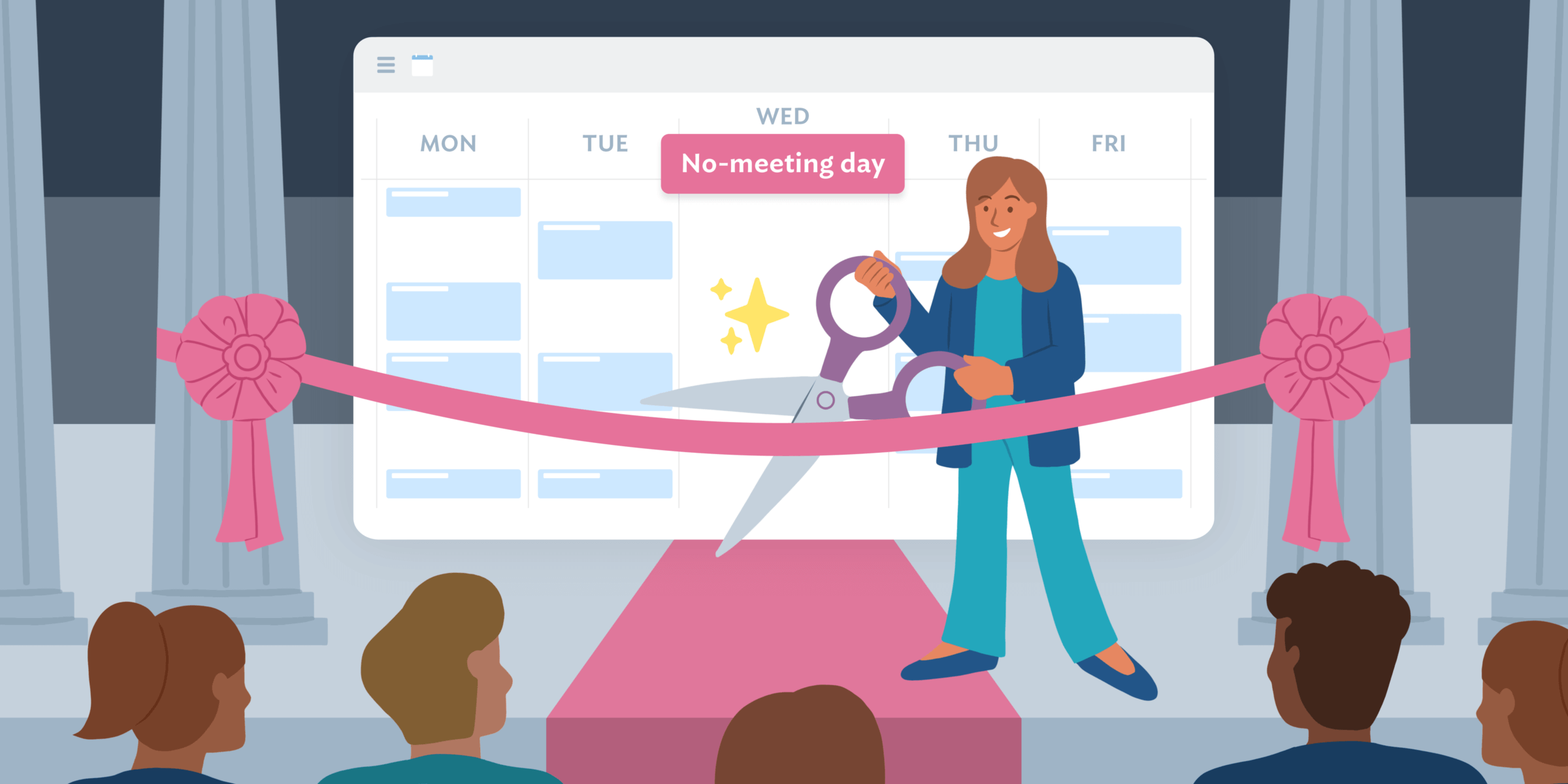 How to successfully implement a No Meeting Day at your company 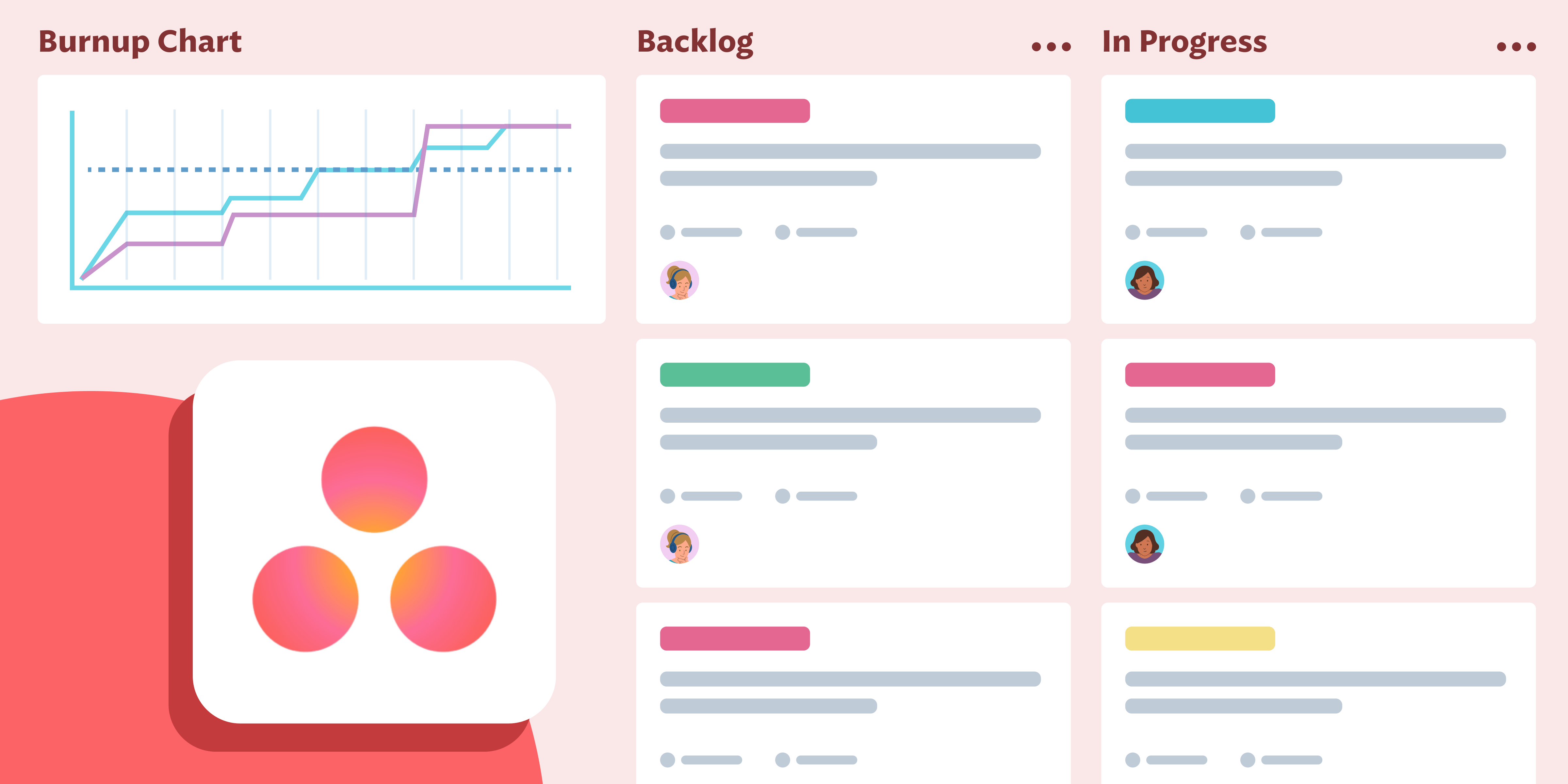