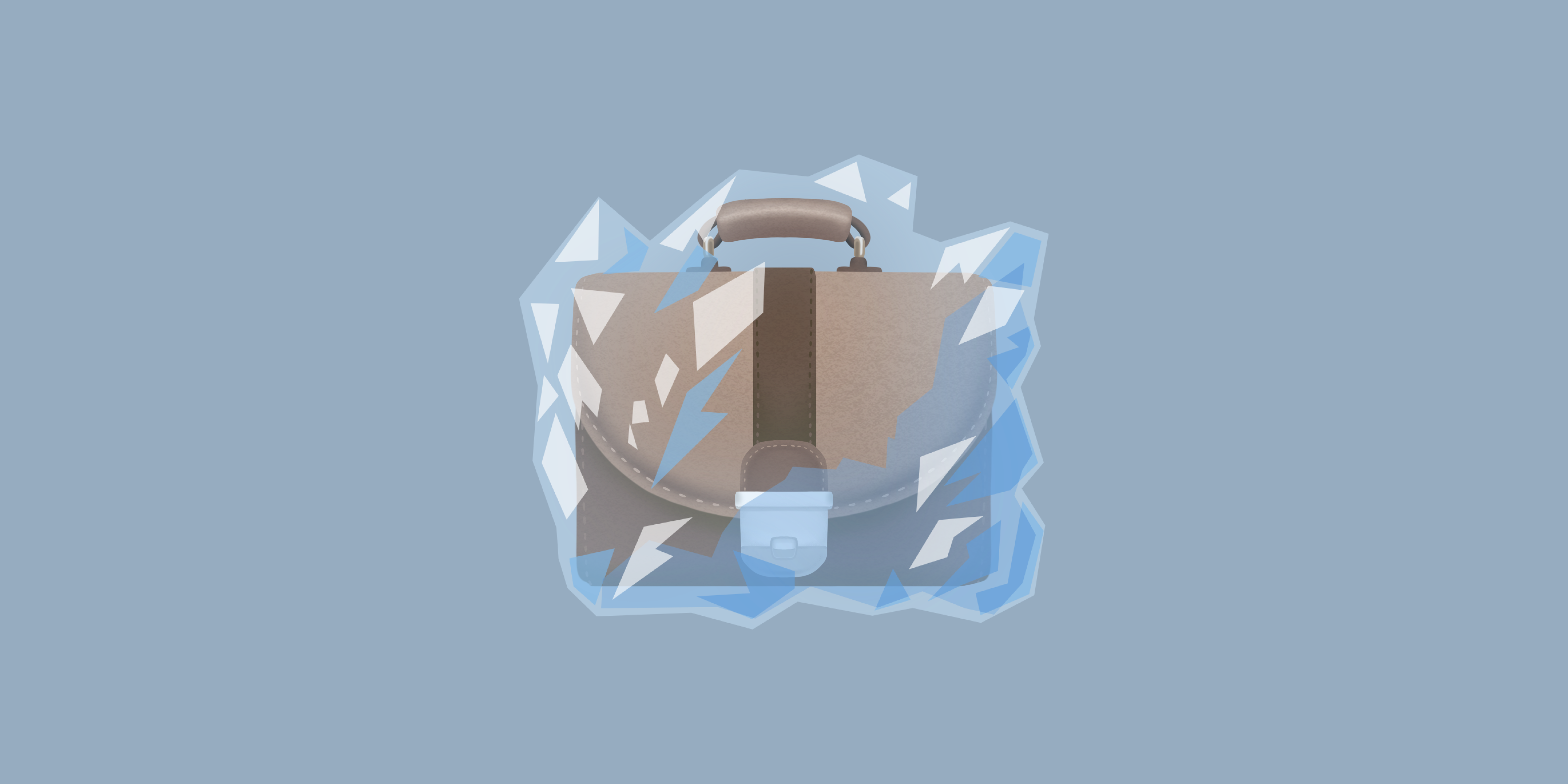 As we weather the perfect storm of inflation, rising interest rates, and Russia's war in Ukraine, many are preparing for a recession. By May, Facebook, Uber, Amazon, and other tech companies had announced hiring slowdowns or freezes. In July, Apple announced a hiring freeze, along with Twitter, Salesforce, Spotify, and more. As of June, tech companies around the world had laid off 35,000 workers according to SHRM. According to Layoffs.fyi, by July 349 startups had laid off more than 53,000 workers.

How widespread is the tech hiring freeze?

Companies providing goods and services where demand is fairly inelastic are in the best position to weather whatever comes next. Besides food, Investopedia also lists healthcare, consumer staples, and basic transportation as goods and services with relatively stable demand.

It’s also helpful to think about which sectors of the economy most impact demand for your goods and services. How they’re faring will likely impact you. For example, if you’re in a global pandemic where it’s dangerous to leave your house, maybe a food delivery service won’t do so poorly.

On the other hand, if you’re at a tech company working in the real-estate space, you need to consider the housing market and interest rates. Tech real estate brokerage Redfin cited “economic uncertainty and a rapidly cooling housing market caused by the fastest jump in interest rates in history” when they confirmed a hiring freeze and that they’d rescinded “a small number” of job offers in May. In July another housing company, loanDepot, disclosed plans to cut thousands of jobs.

And if the pandemic gave your business a boost, like it did for Peloton and Netflix, consider whether people’s spending habits are likely to change as people leave their homes. Both companies have laid off workers since May.

At first it was looking like the number of layoffs per company were mostly in the tens or hundreds, not thousands. But by July Coinbase, Compass Inc., Carvana Co., and GoPuff had each laid off more than 1,000 workers.

However, the news isn’t all bad. June’s unemployment rate was a low 3.6% and the economy added 372,000 jobs. And, most people who have recently lost a job or had an offer rescinded are ending up with new offers, according to interviews with hiring managers and job-seekers.

Economist Anthony Carnevale has worked on employment and education policy for four decades and is the Director of the Georgetown University Center on Education and the Workforce. He predicts that specific technology-based industries might be affected (which we’ve already seen) due to rising interest rates. “But what we're seeing in the churn is that people who are seeking jobs are getting jobs,” Carnevale said. “And we haven't come to the point yet where it's a classic recession…in which people don't get jobs.” He also pointed out that general wages are on the rise. However, inflation is eating into those gains.

Plus, a recent survey found that almost 90% of the almost 200 employers surveyed by the National Association of Colleges and Employers plan to hire new graduates for full-time and intern/co-op positions, an increase over last spring’s 83%.

Carnevale is quoted in Forbes as saying we’re currently experiencing “pretty much precisely what happened in the late 1970s, early 80s, when technology was not penetrating American industry rapidly enough and [former Fed Chair] Paul Volcker put on the brakes,” Carnevale said. “We get high interest rates, high unemployment rates, and basically that shuts down technology investment and secondly, it chokes the industry.”

The current economic conditions remind Coco Brown, CEO of the Athena Alliance, of the dot-com bust. “The very first tightening of the belt, reining in the exuberance,” Brown told WIRED. The Athena Alliance is a networking organization for women executives in business, including tech and venture capital.

According to the BLS and CompTIA, thus far this year tech job postings have increased 52% over the previous year. And experts predict the digital skills shortage to keep growing for at least the next year.

How tech companies can cope

As an Engineering Manager, it would be unwise to rely on economic turmoil to do much to help you attract and retain top talent. But here are three things you should consider doing.

1. Don’t penalize your Engineers for staying

While many companies, including Microsoft are freezing hiring and letting people go, Microsoft also plans to increase workers’ salary and stock comp to retain employees who might otherwise be tempted to job hop. The reality, especially in tech, is that often the only way to get a significant pay raise is to leave your employer. If your salary bumps aren’t beating inflation (which is around 8%) and then some, don’t expect the economy to prevent good people from leaving for higher pay.

2. Play up your strong suits

Does your company have revenue, product-market fit, or are you in a relatively recession-proof industry? Whatever you’ve got going for you, play it up both to candidates and to your existing team.

Are you serious about DEI? If you are, make sure the whole company knows. If you’re not, now is the time to get serious. WIRED reports that people who work in DEI worry women, LGBTQ people, and people of color will be the first to get laid off due in part to companies’ propensity to funnel people in historically underrepresented groups into less-prestigious, most expendable roles.

Address any biases in your hiring process. Doing it now may mean you’re able to take advantage of a great opportunity to grab top talent from historically underrepresented groups.

3. Get serious about mentorship

When leadership is looking to cut costs, they’re going to evaluate who’s adding the most value to the company. Now is the time, if you haven’t already, to be doing what you can to ensure your people make the cut.

Our survey found that just 16% of workers strongly agreed that their manager proactively surfaces growth opportunities for them. But of those that agreed or strongly agreed, 74% worked at sustainable companies while only 20% of people at unsustainable workplaces said the same. In fact, we looked at 11 different factors to see which were most highly correlated with a sustainable workplace culture, including benefits and compensation, flexible work arrangements, and autonomy. We found that the three biggest factors are, in order:

3. Having a manager who proactively surfaces growth opportunities

Further, we found that a sustainable work environment positively influences a company’s

Yes, it takes time and energy to proactively find opportunities to grow your people. But it pays dividends in the long-term.

Advice for Eng Managers at startups

Now is a great time in your hiring and in your team meetings to emphasize what makes working at a startup special.

Curio Health CEO Yuchen Wang worries startup layoffs may push job seekers toward more established companies, making it harder for startups like his to hire. But that means new hires miss out on the wider responsibilities, faster learning and growth, and equity potential of startup-land.

Push your mission, the environment you create for your team, your flexibility in terms of hours and location, the autonomy you give your team, the lack of bureaucracy, and any other benefits your startup has over larger, more established companies.

Many tech companies are implementing hiring freezes and laying off tens of thousands of workers as they prepare for a potential recession. However, experts are predicting that demand for Engineers isn’t going to dramatically decrease anytime soon. As you navigate the economic climate, be sure you’re paying your best people enough to entice them to stick around, you’re playing up your company’s advantages to your workers and to potential hires, and you’re mentoring your people so that they’re able to contribute as much as possible to the organization.

One way to ensure that your team is able to perform at the top of their game is to ensure they have enough Focus Time to get real work done. Consider using Clockwise to automatically create more Focus Time on everyone’s calendar while automating the busywork of managing your calendar. 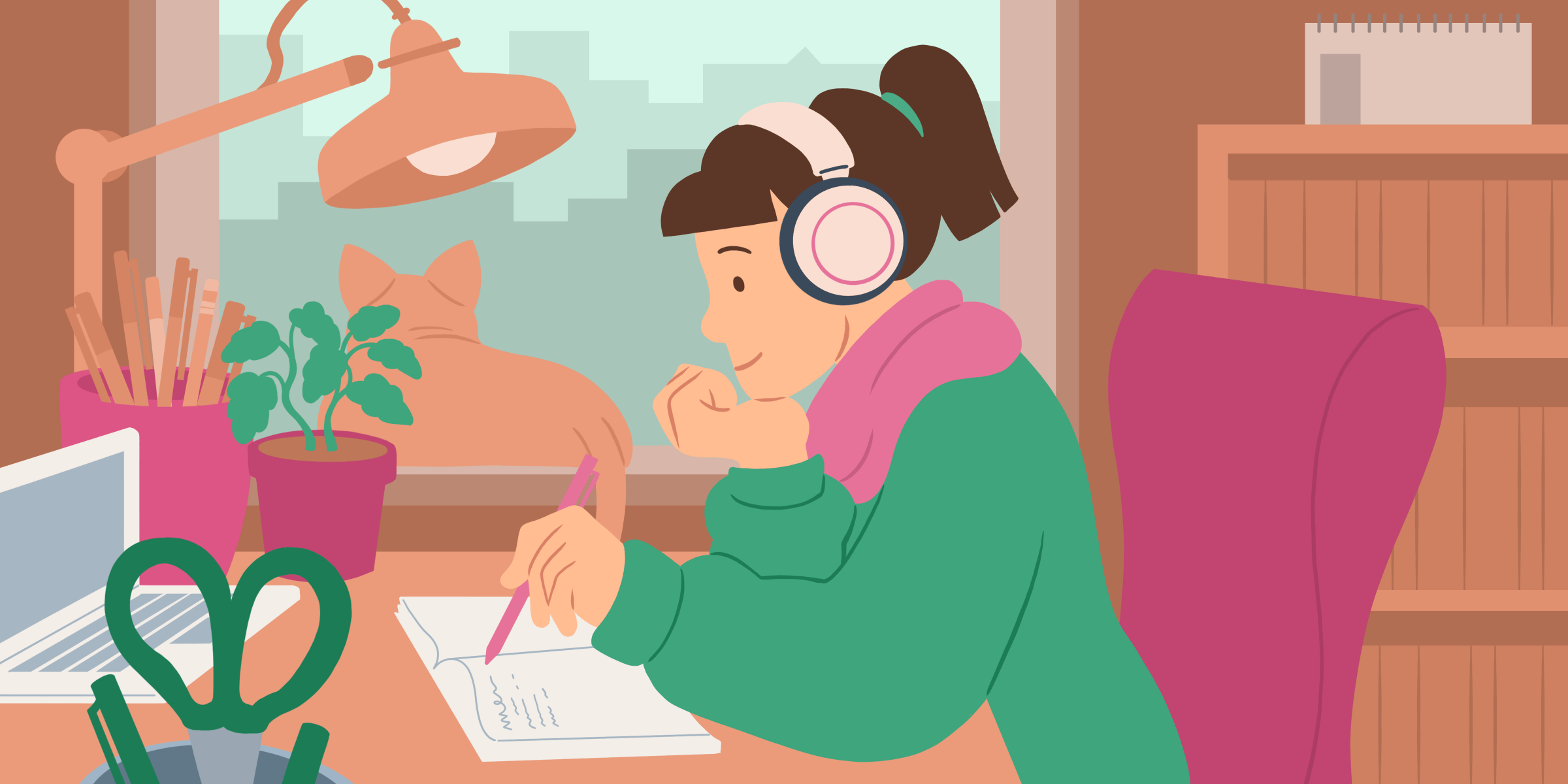 What the research says about the benefits of remote work 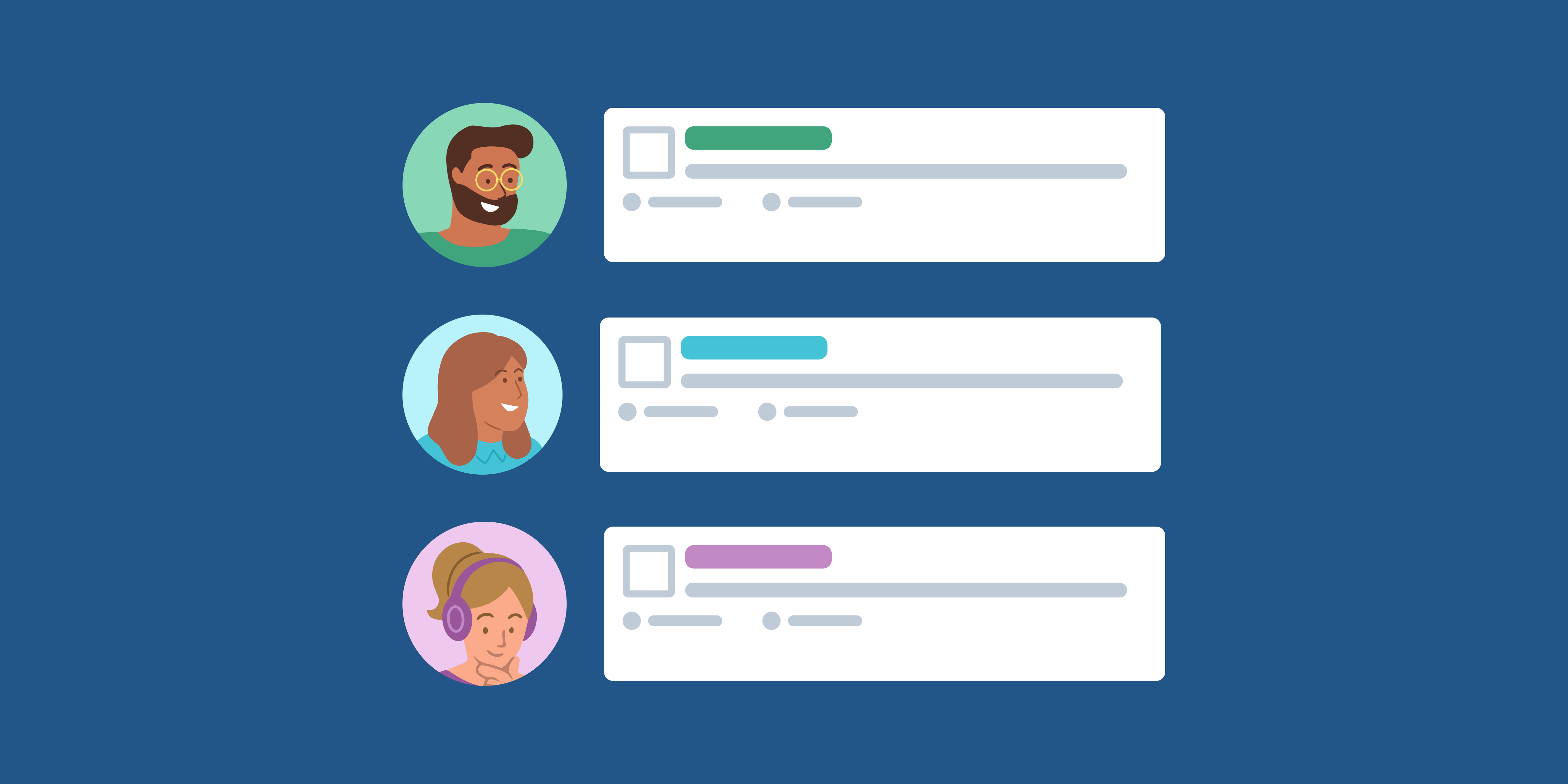 How to delegate tasks effectively as a manager 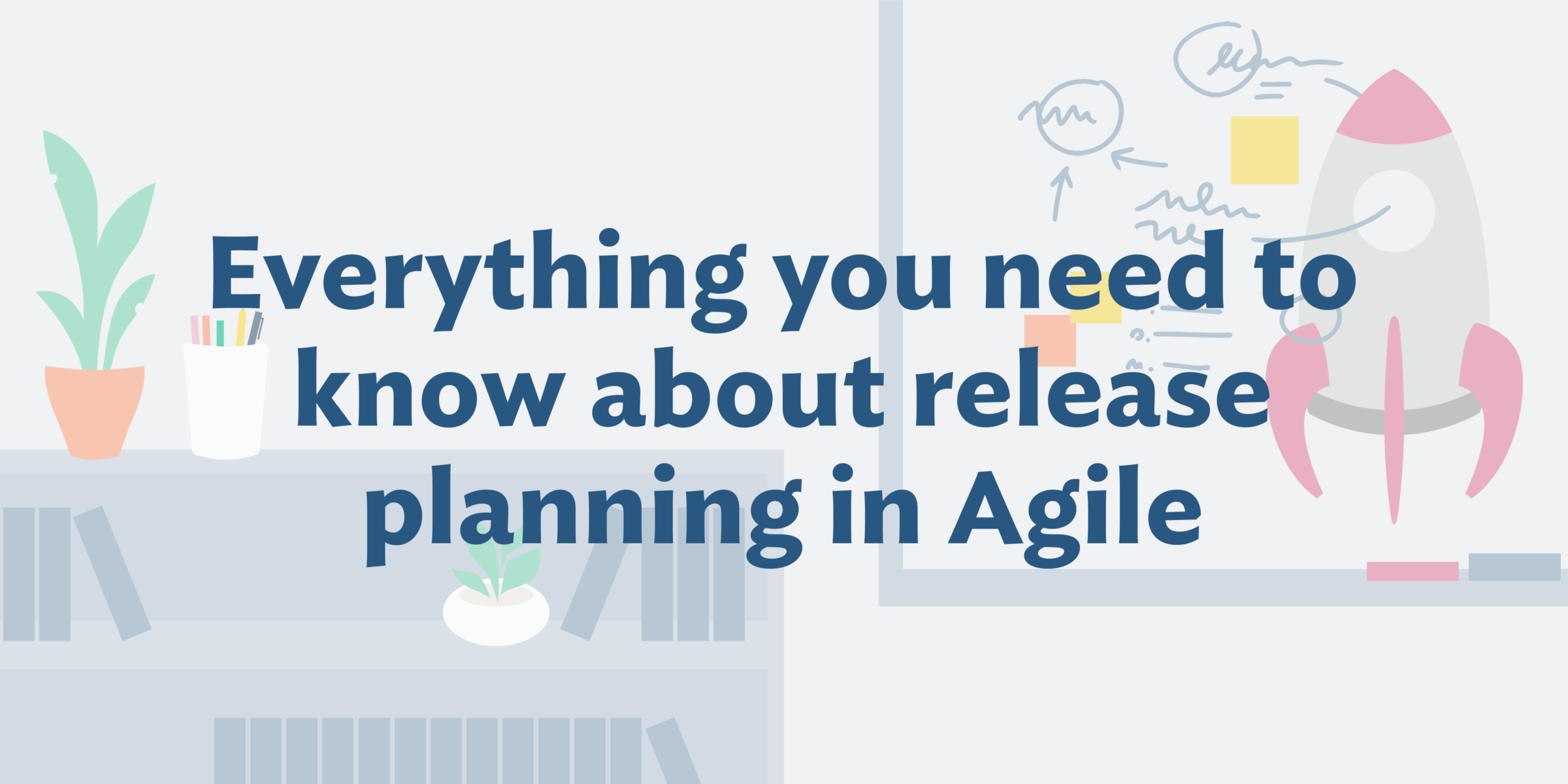 Everything you need to know about release planning in Agile 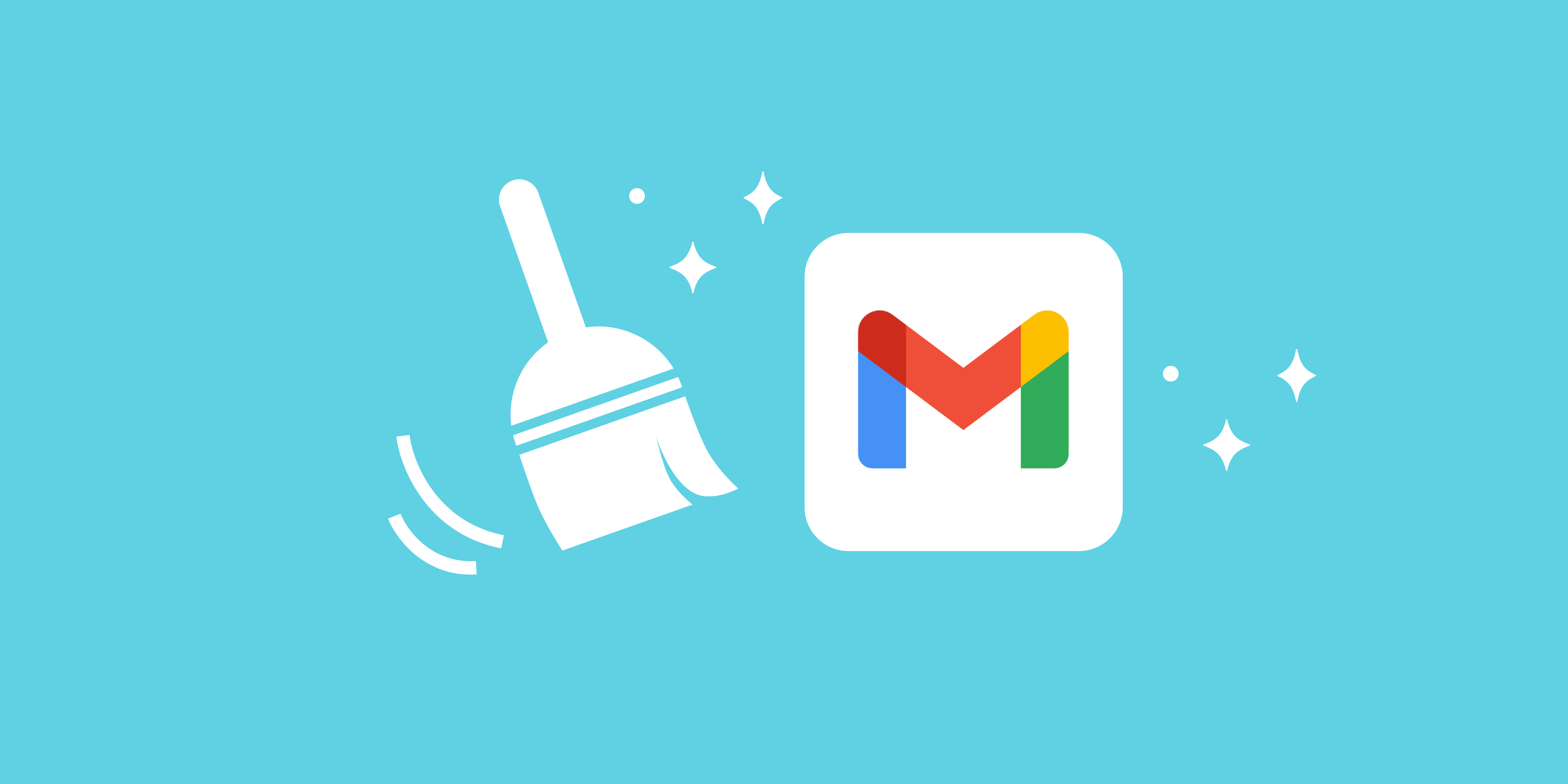 How to Organize Your Gmail Inbox