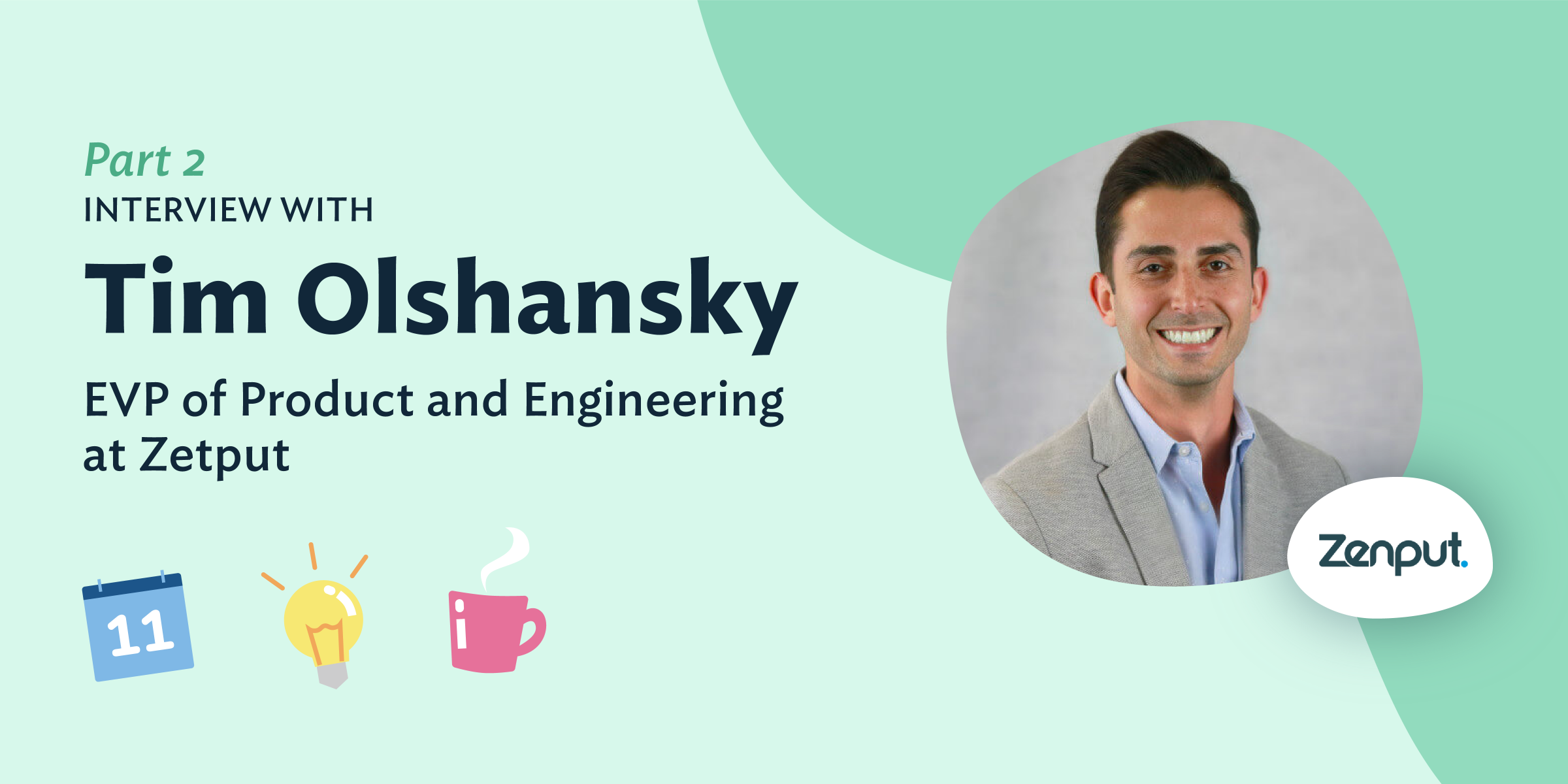 We recently talked to Tim Olshansky, EVP of Product and Engineering at Zenput, about how he’s finding some work/life balance while sheltering in place for COVID.

We also talked about the tools, (including remote work software) that the Engineering and Product teams at Zenput have adopted to boost collaboration during COVID.

How distance has made collaboration harder, but also better

When we looked at the six biggest downsides to remote work, we discovered research showing that full-time, remote workers often have a harder time problem-solving and being creative without the spontaneous ideas and networking that offices can offer. Many workers find it more difficult to collaborate with colleagues virtually.

Back when he was a heads-down Software Engineer, Tim said full-time remote work “would have actually been fantastic because I was free of distraction.” But, in his current role as an Engineering leader, distance turns a five-minute chat at somebody's desk into a trickier task.

“We've had to get much better at communicating,” Tim said. “We're a lot more intentional about how we communicate.”

Getting more intentional about docs

Since a “good chunk” of the Engineering team worked remote before COVID, the team went in with some norms about documentation already established. “Of course, it was never particularly detailed.”

Instead, the documentation served as a starting point for a conversation.

“Since the start of the year, we've been much more intentional. We've started to organize our information in the way that it needs to be used.”

They’ve implemented actionable playbooks for new managers that explain, for example, how to run a Scrum sprint.

“We favor clarity and brevity over extensiveness, so that people know enough that they can just ask questions without having to churn through a lot of documentation.”

“We use Confluence as our kind of internal wiki, and we're standardizing the whole company on it. One of the rules is there's not multiple documentation sources. We've consolidated everything. We have debates internally around other tools. But, since we've been on the Atlassian suite for a while, why add yet another tool to the mix?

Everything goes in one place and only one place. If it's not in Confluence then it doesn't really matter. If you want it to matter, put it in Confluence.”

“We're using a little bit more structure to help people. We've onboarded a lot of new employees in this time, and so we've used templates and things in our tools to create sort of a consistent onboarding experience that's fairly self-serve. We've had a chance to refine it with a combination of videos from Loom, written stuff, Slack to a large extent, and various automation bits and pieces we've built. It's made it a lot simpler for us.”

The tools they’re using to collaborate over distance

“We've been recording a hell of a lot more of our meetings than we were previously,” Olshansky said.

“My team has been using tools like Loom to avoid having to have synchronous meetings to give people continued focus time, which I think has been working well,” Olshansky said. (We’re also fans of Focus Time!) He also uses Loom to send messages with more emotion than an email conveys “or just to avoid having an unnecessary meeting.”

Note: Loom was one of our 7 productivity apps to help you survive working from home.

They’ve begun using Figma for design. “That's been working well for remote collaboration,” Tim said. Before the pandemic, Figma went hard on collaborative design. When we spoke to Jared Erondu, Head of Design at Lattice, about his remote toolset he mentioned he’d been using Figma for remote "whiteboarding" and fun team exercises (one of our Designers made a Design System game in it).

They’ve also recently implemented Productboard to help consolidate the customer feedback on the product that would come in through multiple channels. “We've tried to find tools to consolidate things in one place for everybody so they don't have to go to 50 different things to find info they're looking for,” Tim noted. “It’s also a better way for us to share roadmaps.”

For team community-building and morale, they recently adopted Donut. It’s a Slack app that pairs employees randomly for “coffee chats” that we’ve also recently implemented. “That's been great,” Tim said. “It's created a little bit more connection amongst people who haven't had a chance to interact and may not have a chance to interact for quite some time.”

If you missed our conversation on how he’s maintaining work/life balance during COVID, check it out. Stay tuned for part three of our interview with Tim. It’ll offer his three tips to help engineers maintain career momentum during lockdown. In the meantime, connect with Tim and follow his thought leadership on LinkedIn, Twitter, and his website. 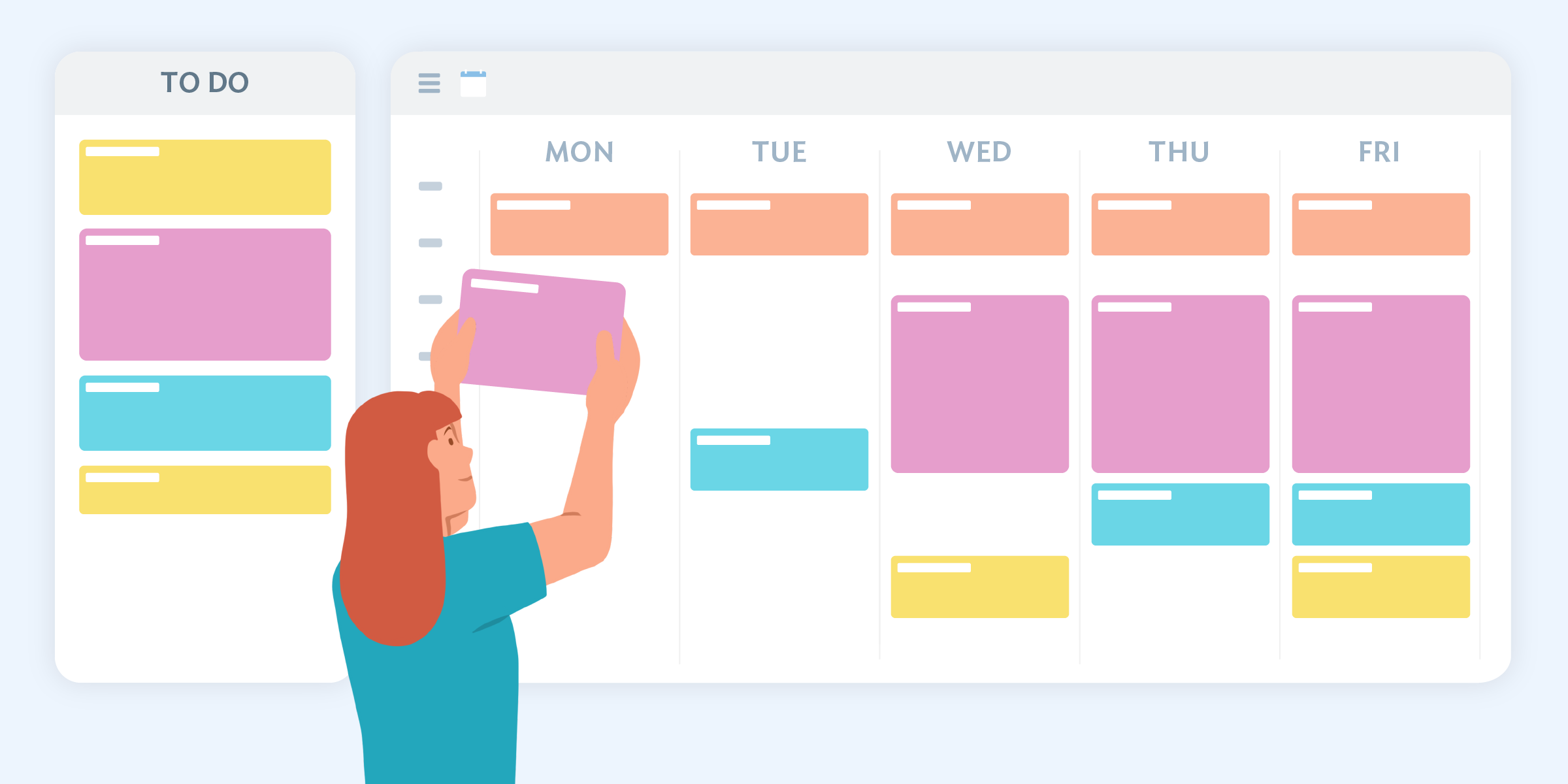 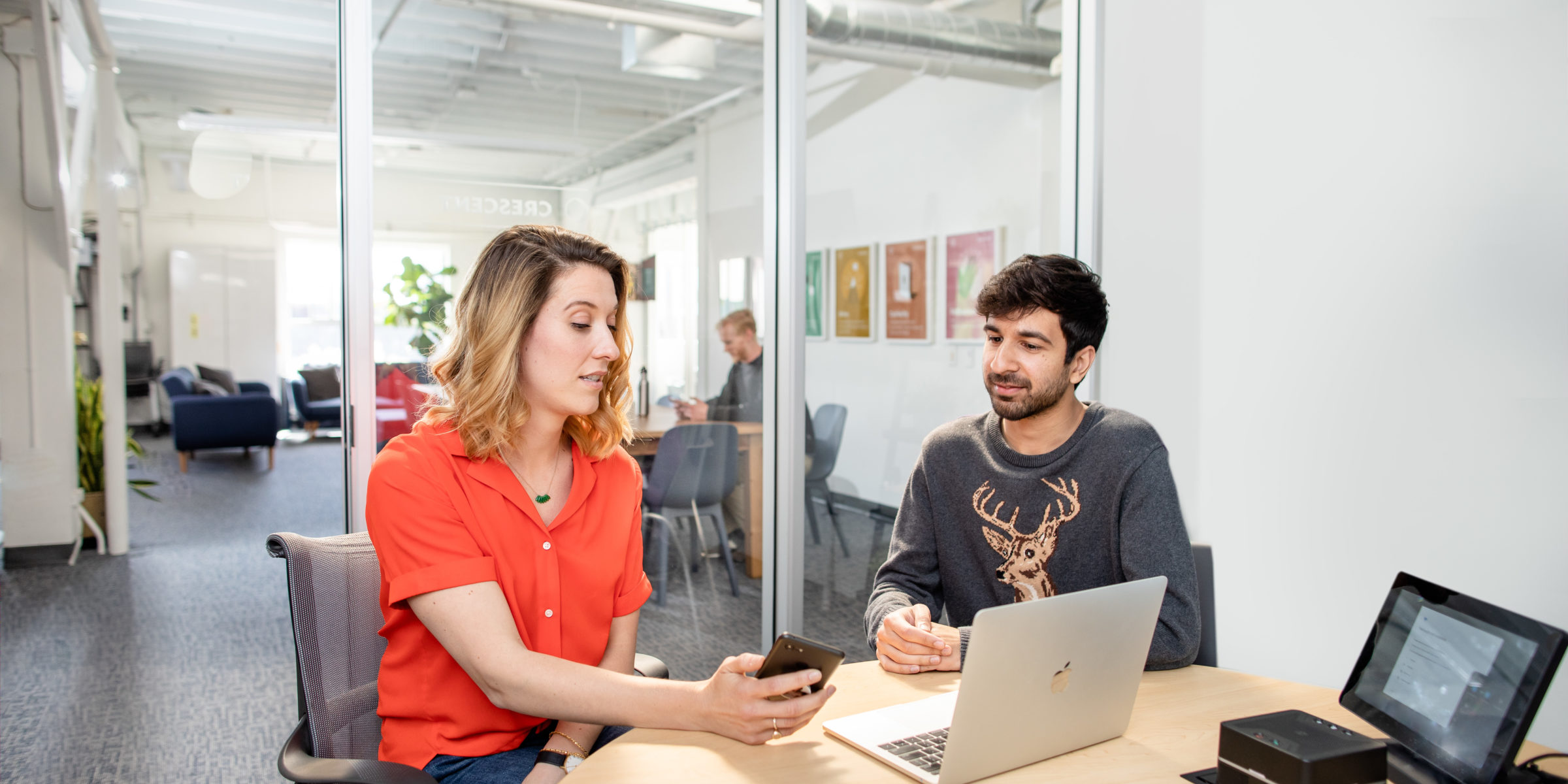 by
Matt Martin
in
Future of Work