BLOG
All
All
Company
Future of Work
Product
Time Management
How to improve remote & hybrid team dynamics
How to schedule Slack messages with ease
How to spend less time in meetings
Agile vs Waterfall: Development methodology cage match
12 best team management apps for 2022
Calendly alternatives & competitors for 2022
3 steps to a color coded calendar
How to sync work and personal calendars
Zoom calendar integration made simple
How to supercharge your next one-on-one
5 focus apps to stop distractions
Time blocking 101: Your guide to getting started
How to run more efficient, effective, and engaging meetings
The 3 best Pomodoro timer apps for 2022
How to schedule a meeting in Slack
Meet Dominic Mazzoni, Eng Foundation Software Engineer
Online calendar software tools for management and scheduling
The best appointment scheduling apps for 2022
You're Invited! Join us for Clockwise Office Hours.
How to Add Asana to Slack
7 tips for a smooth new customer onboarding process
Meet Dan Kador, our new VP of Engineering
The best Asana integrations for productivity
Meet Anna Dearmon Kornick, our new Head of Community
5 best books about focus for 2022
How to quickly hire an amazing freelance Software Developer
Capacity planning strategies for software development teams
The Product Backlog: Your Product Owner's to-do list
Sprint retrospective meeting ideas for remote teams
Meet Kevin Nothnagel, VP of Sales at Clockwise
How to use Asana for project management
Productivity guru Paul Minors on the past, present, and future of calendaring
The how to leverage asynchronous communication for team success
Agile vs. DevOps
Clockwise Engineering’s amazing PERKs
How to ace hybrid Zoom meetings
Are you ready for the future of work? Hybrid work demystified
33 companies going permanently remote
Tips for awesome Slack project management and team collaboration
4 new features to help you tackle your to-do list!
How to create and share a Google calendar with your team
12 tips for getting (and staying) motivated at work
7 tested time management tips for Project Managers
Slack integrations to complement your productivity style
The 6 best agile tools for project management
How to make weekly team meetings more effective, engaging, and enjoyable (really!)
How to run an awesome Scrum meeting
How to quickly sync your calendar with Google Assistant
Clockwise is now available for Firefox and Safari!
How to conquer meeting schedule conflicts
Your step-by-step guide to running a Sprint Planning meeting effectively
The Scrum Team’s guide to Sprint Planning
How to be productive: 25 tips to live by
Everything you need to know about release planning in Agile
These availability calendar apps will simplify your scheduling process
Why your project roadmap isn’t just another project plan
Comparing the best project management software of 2022
Clockwise makes it easier than ever to split your working hours
Scrumban guide: 9 things to know before you start
6 best calendar apps in 2022 compared
10 best team chat/communication apps in 2022
11 best focus apps in 2022
10 best remote desktop software in 2022
5 awesome timeboxing apps compared
Your complete software project management guide
How to manage a Software Development team: What your devs won’t tell you
Why Clockwise celebrates PRIDE
Why Juneteenth matters
The ideal remote work policy and agreement: A guide for companies
Zoom team building: 25 activities that are actually fun
The ecstasy and agony of measuring productivity for Software Engineering & Development
Using the Pomodoro technique to achieve productivity superstardom
5 great side hustles for Software Engineers
The remote worker’s guide to preventing Zoom fatigue
How to quickly change your Slack status to away or busy
How to be productive: 7 can’t-miss methods
What is timeboxing and why do I need to start doing it today?
9 tips for increasing team productivity
Deep Work summary & concept guide
3 best practices for cross-functional team collaboration
5 can’t-miss remote onboarding best practices
5 types of meetings that are worth the time
How to use the Eisenhower Matrix for productivity and time management
How to use time batching for productivity
Project kickoff meetings: Your guide to success
Managing a remote team: Tips and best practices
How to integrate Zoom with Google Calendar
Teams vs. Zoom: Pros, cons, and what's best
Teams vs. Slack: Pros, cons, and what's best
How to build and structure a successful Engineering team
Working remotely: The pros and cons
A look at the daily routine of a Software Developer
Work from home routine for focus and productivity
Go vs. Rust performance comparison: The basics
The 5 best time management apps for Software Developers
How and where to hire Software Developers
Must-read software engineering books
Top 3 time management books
5 tips for time management in software development
The best time management tips for teams

The ecstasy and agony of measuring productivity for Software Engineering & Development 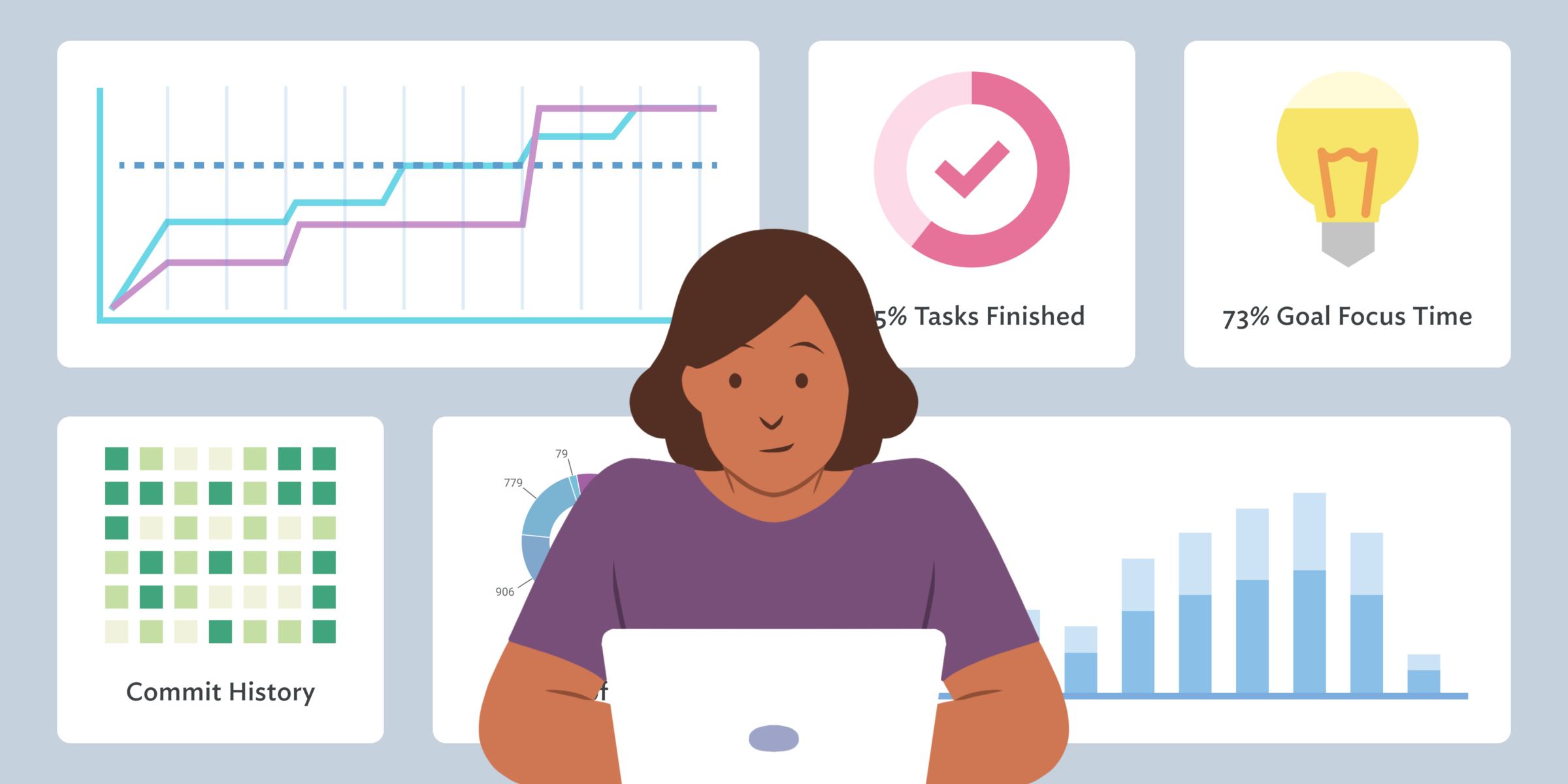 On one hand, you have executives begging Engineering Managers, “Just give me some number. Any number.” On the other hand, you have Engineers with severe PTSD flashbacks anytime anyone says anything about metrics.

Measuring productivity of software development teams is easy. Unless you want to do it well. In that case, it’s really, really hard.

But, it’s not impossible. In this post, we’ll explain why companies measure Software Engineering productivity, why it’s difficult, and how to measure the productivity of Software Development teams.

According to author Steve McConnell, organizations might want to measure how productive their Software Engineers teams are for several reasons, including:

In addition, organizations are looking for measures to help them identify and motivate the behaviors that correlate with revenue. And Engineering teams want measures that can help them justify their investments.

Here are some metrics that many organizations use to measure software development productivity:

Why measuring Software Engineering productivity is so painful

Noda says when he asks people to define productivity, many of their answers come down to output. What are we creating? This definition leaves out the question of efficiency. If you commit lots and lots of resources, you’ll get more output, but at what cost?

If you want your business to succeed, a better definition of productivity is output/input. That is, divide your output by your input to get your ROI.

In this equation, your outputs should tie directly to revenue. But that’s easier said than done.

1. Many metrics correlate weakly with revenue

As Noda puts it, “Output cannot be measured accurately.” Any good measure of output should correspond strongly with revenue. But, many metrics for developer productivity correlate weakly with revenue. Take “lines of code.” Not only does it correspond weakly to revenue, it doesn’t correspond closely to product functionality.

According to McConnell, two Engineers can build the exact same feature with the same functionality and their code volume can vary by a factor of ten. Plus, the more code you have, the more expensive it is to keep it working.

Function points are also only loosely tied to revenue. You’ll often have a ton of function points that don’t positively impact revenue. Some projects never launch. Others launch and flop in the marketplace.

2. Many metrics are hard to tie to individual contributors

Many inputs are also hard to measure at the individual level. These can include:

For these reasons and more, Noda recommends organizations measure team productivity but not individual productivity.

3. Many measures are weaker signals than Engineer variability

When it comes to determining how methods like pair programming impact productivity, it’s hard because McConnell points to research showing that many if not most impacts are swallowed by the difference in productivity between Engineers which is 20/1, on average. That is to say the highest-performing Engineer is on average 20x more productive than the lowest-performing Engineer.

4. Many metrics are easy to game

Some metrics end up creating perverse incentives. Let’s take average code review turnaround time as an example. It’s the time between when someone requests a review and the reviewer responds. Noda recommends this measure.

However, the downside is that measuring time to review code in isolation encourages reviewers to be less thorough to improve their stats. Which is what Noda found his reviewers doing, after implementing this measure. He also found staffers not requesting code reviews on Fridays because the software they used to measure didn’t take weekends into account.

To game velocity points, you can inflate the number of points a task will require to complete. This benefits you while making your estimates less accurate.

5. Some metrics penalize Engineers for their ambition

A metric that incentivizes Engineers to be less productive is obviously flawed. Using pull request counts effectively punishes Engineers for tackling large, hairy problems. As does using points per sprint.

According to McConnell, a good measure of Engineering productivity has the following attributes:

Noda recommends teams measure processes as opposed to outputs. He claims when you improve processes you increase productivity. Process metrics include:

Noda says developers care about these metrics. It seems likely that generally speaking processes that make developers happier will lead to productivity. However, you could easily imagine instances where that’s not the case. The obvious criticism here is that without measuring productivity itself, how do you know what counts as an improvement as opposed to just a change?

He also suggests that every team is unique. Each team should set their own targets for each of these process measures and then be evaluated based on their performance relative to their targets. One team might have a goal of 24 hours for code review turnaround time, while another might have 36 hours. This reduces the temptation to juke the stats beyond the goal. And it sets a more fair playing field between teams.

Every measure is imperfect. To get the most accurate picture, it’s best to use multiple metrics so you’re dealing with multiple pros and cons.

McConnell recommends scoring every metric you’re considering with 1-5 (with one being terrible and 5 being excellent) based on how well it meets the criteria you care about.

For example, you might give pull request counts a low score for correlation with revenue but a high score for helping teams understand release cadence and continuous delivery.

Manager evaluation might get a high score for cost-to-measure since you should be doing these anyway but a low score for measuring the work of non-programmers.

Once you’ve scored all your metrics, you can pick the highest-rated measures and create a scorecard. Multiple metrics are harder to game than any one single metric in isolation. If you over-optimize for one measure you’re likely to see decreases in other measures. These scorecards can be used across various projects and can be made public and reviewed. The downsides are that having multiple metrics to measure is more time-consuming than one or two metrics. Plus, the scores are harder to independently verify.

Most organizations want to measure Engineering productivity because doing so effectively leads to more revenue. For this reason, organizations have developed many common metrics for measuring Software Engineering productivity. Unfortunately, most of these metrics are deeply flawed. Most metrics correlate only loosely with revenue. And the metrics that tie more closely to revenue are hard to attribute to specific individuals or teams. Plus, many metrics have unintended consequences.

Your best bet is to evaluate each potential metric based on its pros and cons. Then take your highest-rated metrics and create a scorecard out of those metrics that you can use to evaluate Engineering teams’ productivity. 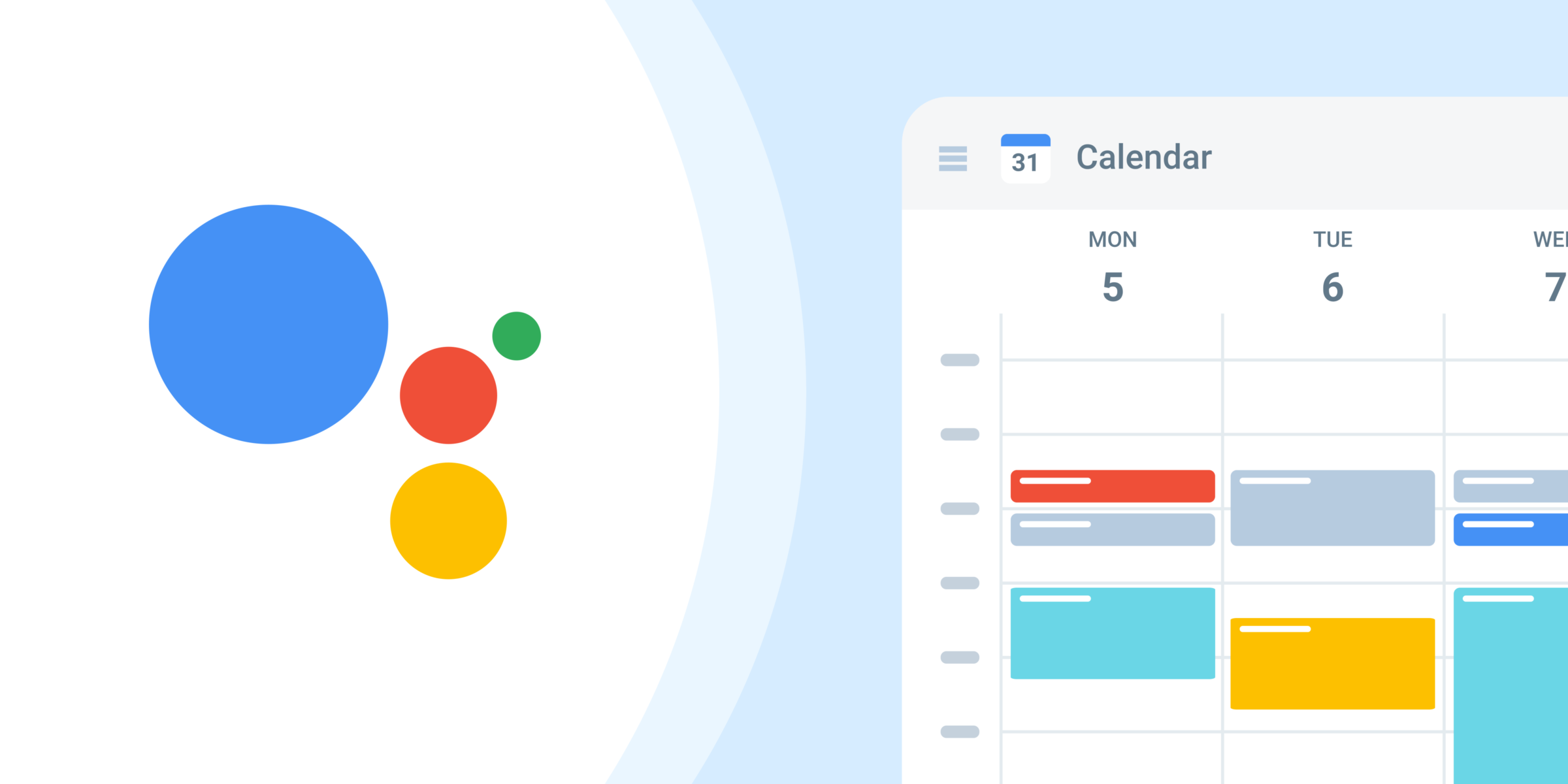 How to quickly sync your calendar with Google Assistant 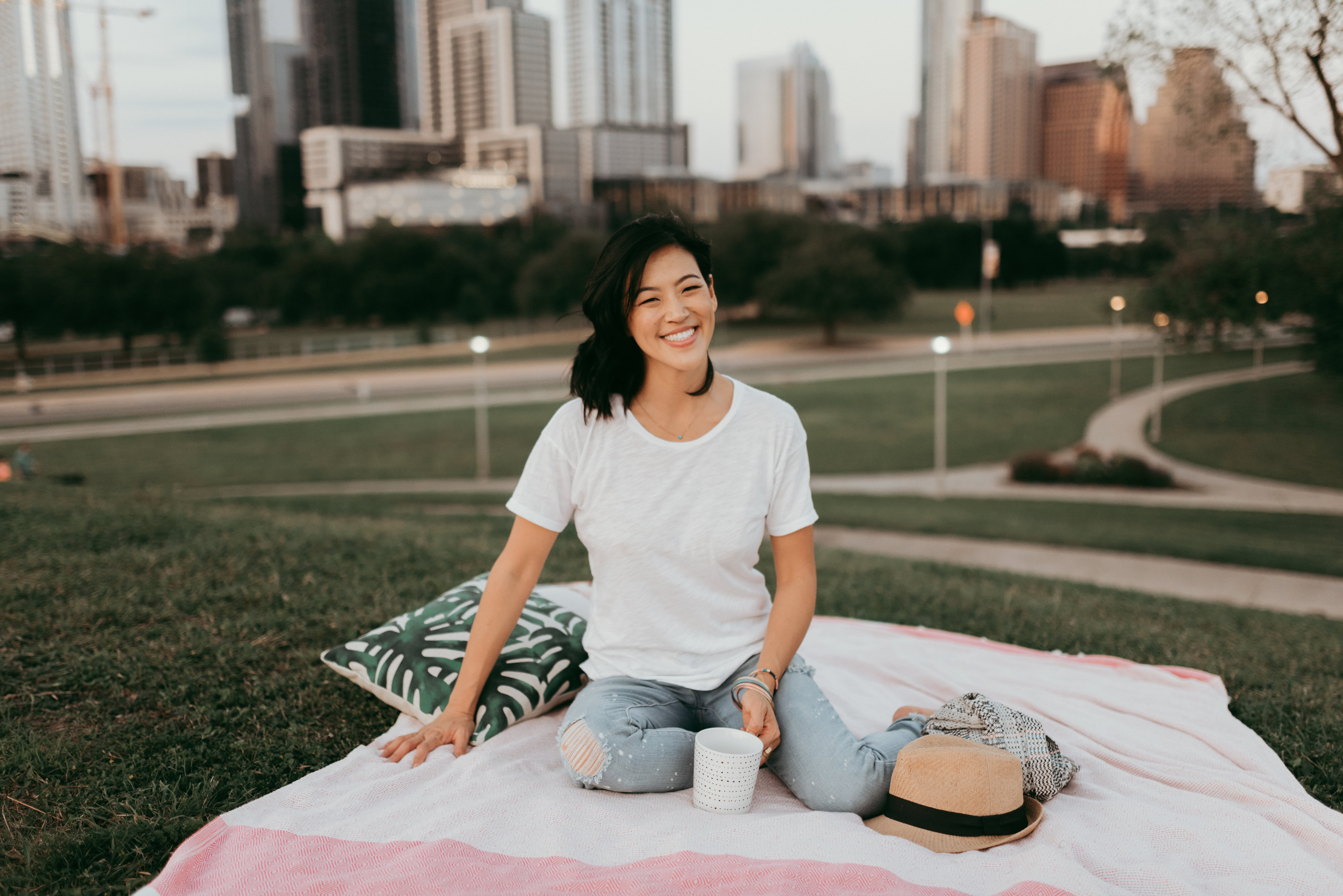 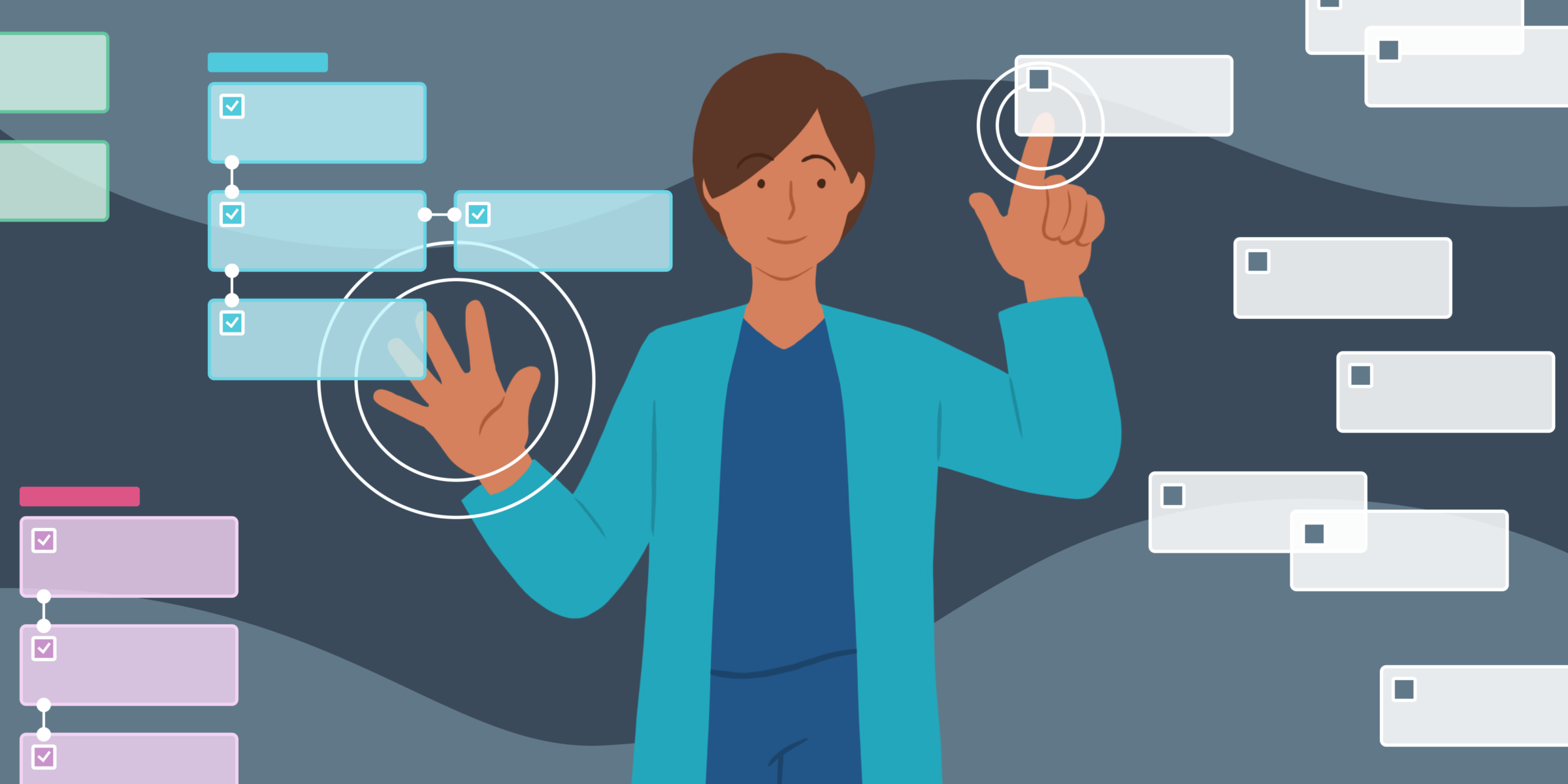 How to use time batching for productivity 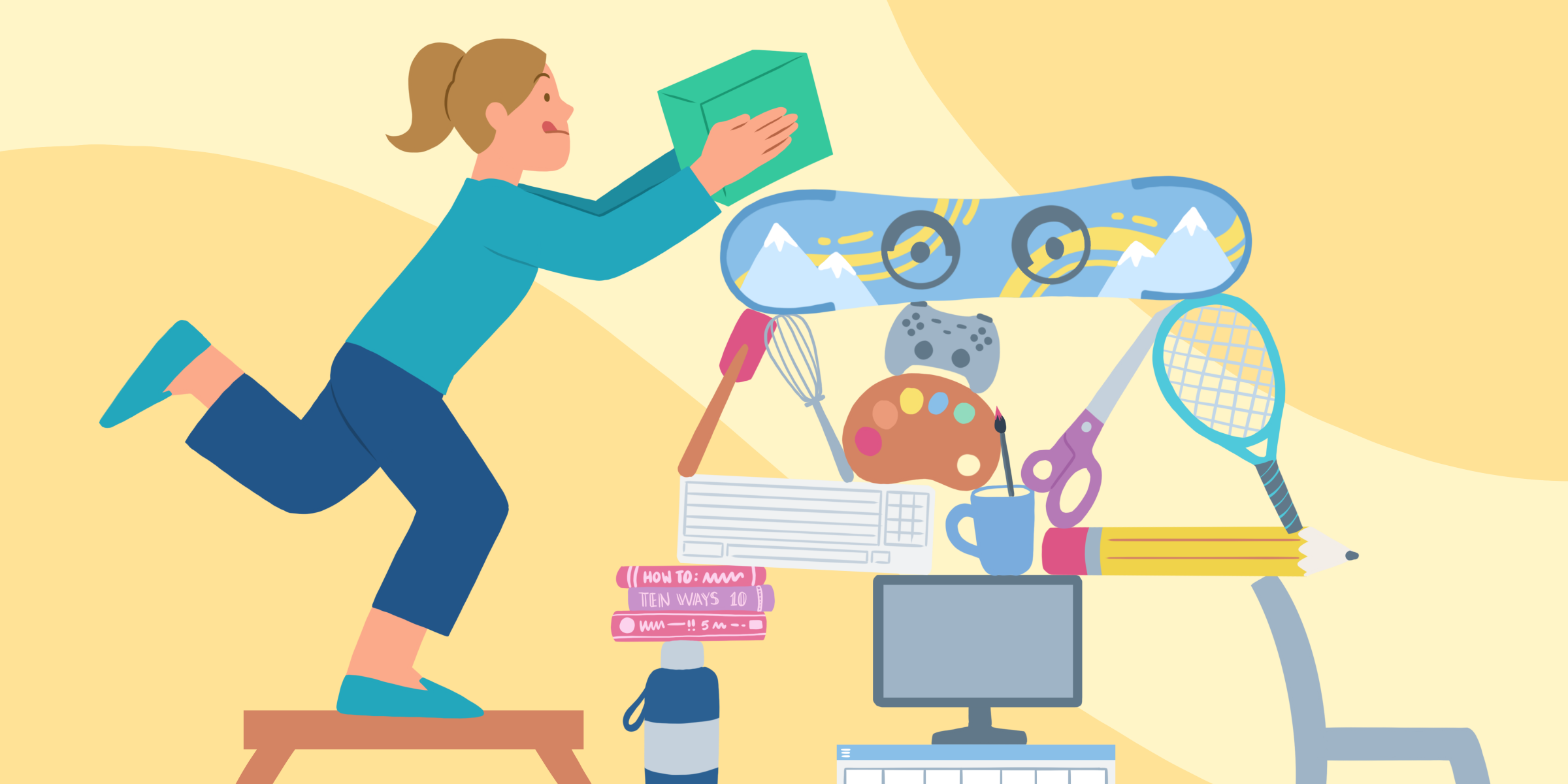