Why felons make the best engineers 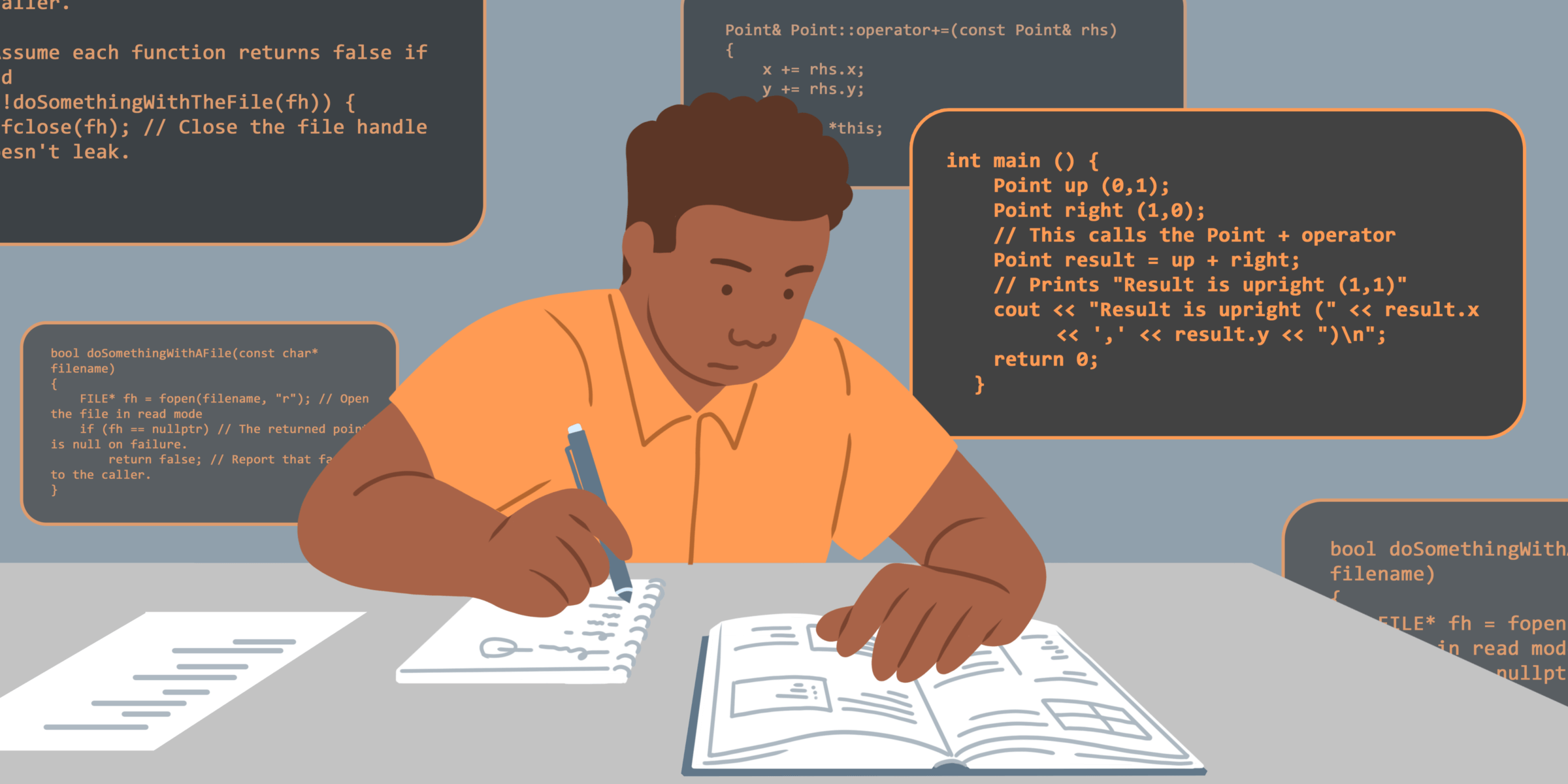 Aly Tamboura is a Program Delivery Manager at Chan Zuckerberg Initiative. He’s much like many software engineers in Silicon Valley. But one thing sets Aly apart. Before joining CZI, he served 12 years in San Quentin.

Aly is also different from your average former California prisoner. Almost two-thirds of parolees return to prison within three years. “I was a middle-aged minority with a felony conviction and no job prospects,” Aly said. The formerly incarcerated have unemployment rates more than six times the national average due in part to employer discrimination against people with a criminal record.

This kind of hiring discrimination impacts a ton of applicants. Approximately one in three American adults have a criminal record. In 2010, around 10% of nonincarcerated men had felony records. And it has a bigger impact on Black men. Up to a quarter of un-incarcerated Black men had a felony conviction. Barriers to employment for felons removed at least 1.7 million people from the workforce and totaled at least $78 billion in economic costs in 2014.

Employment is one of the most impactful ways to help lower recidivism rates and keep people from re-entering the prison system. Yet around 90% of US employers use criminal records databases to screen candidates for at least some positions. While 24 states have made it illegal for employers to force job seekers to disclose their criminal records on job applications, there’s evidence that “ban the box” laws actually decreased young, low-skilled black men’s likelihood of being employed by 5.1%.

Instead of becoming another statistic, Aly applied to The Last Mile, a coding boot camp inside select California correctional facilities. "With the knowledge I gained from TLM, I walked out of prison into a six figure salary. Now I am living the dream.”

Hiring managers are constantly wondering where to hire Software Engineers. They're looking for talent everywhere, but one place they might not have considered is among the formerly incarcerated. This may be a mistake. More and more companies, including Slack, are working with nonprofits to find and cultivate talent among candidates with criminal records.

According to background check company Checkr, “Companies that practice fair chance hiring are able to tap into a larger pool of qualified, diverse talent with a wide range of experiences, better understand their customers, and ultimately, reach stronger business outcomes.”

And Checkr is putting their money where their mouth is. They’ve hired seven graduates of Defy Ventures, which trains incarcerated budding entrepreneurs and connects them with employment after release.

Software engineering is a great field for the formerly incarcerated. There's nothing stopping a former inmate from learning Rust vs Go. It’s a field that’s not heavy on credentialism or occupational licensure, two huge barriers to entry for the formerly incarcerated. Most software engineering jobs don’t require a license or a college degree so applicants can skip the extensive background checks, morality clauses, and tuition fees.

Besides the social justice implications, one of the biggest reasons for companies to consider hiring former inmates is that they exemplify “drive” (a Clockwise core value). While the latest frameworks and languages can all be taught, values are more intrinsic. And people who learn to code in prison clearly demonstrate a strong will to achieve despite their limitations.

You can see it in Jesse Aguirre, who learned to code at Ironwood State Prison without access to a computer. Jesse and his fellow students read books and scratched out code on pen and paper. Despite not finishing high school and spending most of his adult life in prison, Jesse was able to get a full-time job with Slack shortly after his release. He’s coming up on his two-year anniversary with Slack.

Jesse was hired as part of Slack’s Next Chapter program, which works with the Last Mile, the W.K. Kellogg Foundation, and Free America to help former inmates start working in tech.

Drew McGahey, an Engineering Manager at Slack, manages Jesse and two other Next Chapter hires. Drew found that they’re all particularly competent at solving “blank-canvas problems,” Drew said. “Thinking back to their experience, it makes a lot of sense. They all learned how to code in an environment where they didn’t have access to the internet. They’ve got drive.”

Another reason is that research shows teams with more diversity perform better than more homogeneous teams. Black and Latino workers are underrepresented in STEM. Since Black and Latino workers are overrepresented among those with criminal records, actively recruiting from this group is one way to help diversify your team. “The conversation around diversity and inclusion shouldn’t stop at race, gender, or sexual orientation,” writes the staff at Checkr. “To build an inclusive workplace, the conversation needs to extend to people with criminal records.”

It can also streamline your hiring process. The fact that people with criminal records often have a significantly more challenging time finding and securing employment means they’re less likely to have to juggle competing offers and draw out negotiations.

To help get more formerly incarcerated engineers into tech jobs, try working with sourcing partners such as Center for Employment Opportunities and Defy Ventures.

Another way for engineering teams to better work with the formerly incarcerated is to push back against clauses restricting vendors from allowing people with a criminal record to access their data. However, there are workarounds. For example, Slack starts Next Chapter engineers on their test-automation team where they don’t need to access customer data.

Another way to help is to shift the language we use. Using phrases like "people with criminal histories" or "formerly incarcerated people" instead of "felon" or "convict" helps spread humanizing language, Mariah Dickinson, Director, Development and Marketing at Defy Ventures told me.

Software is changing the world for the better in many ways. One more way we can help: Doing our part to limit discrimination that’s keeping talented workers out of the workforce and costing the American economy billions.

For large companies, starting a program like Slack’s Next Chapter can be a great way to help. For smaller companies, simply signing the 2015 Obama White House pledge or the Second Chance Business Coalition pledge signals to candidates that they won’t be discriminated against when they apply to open roles. 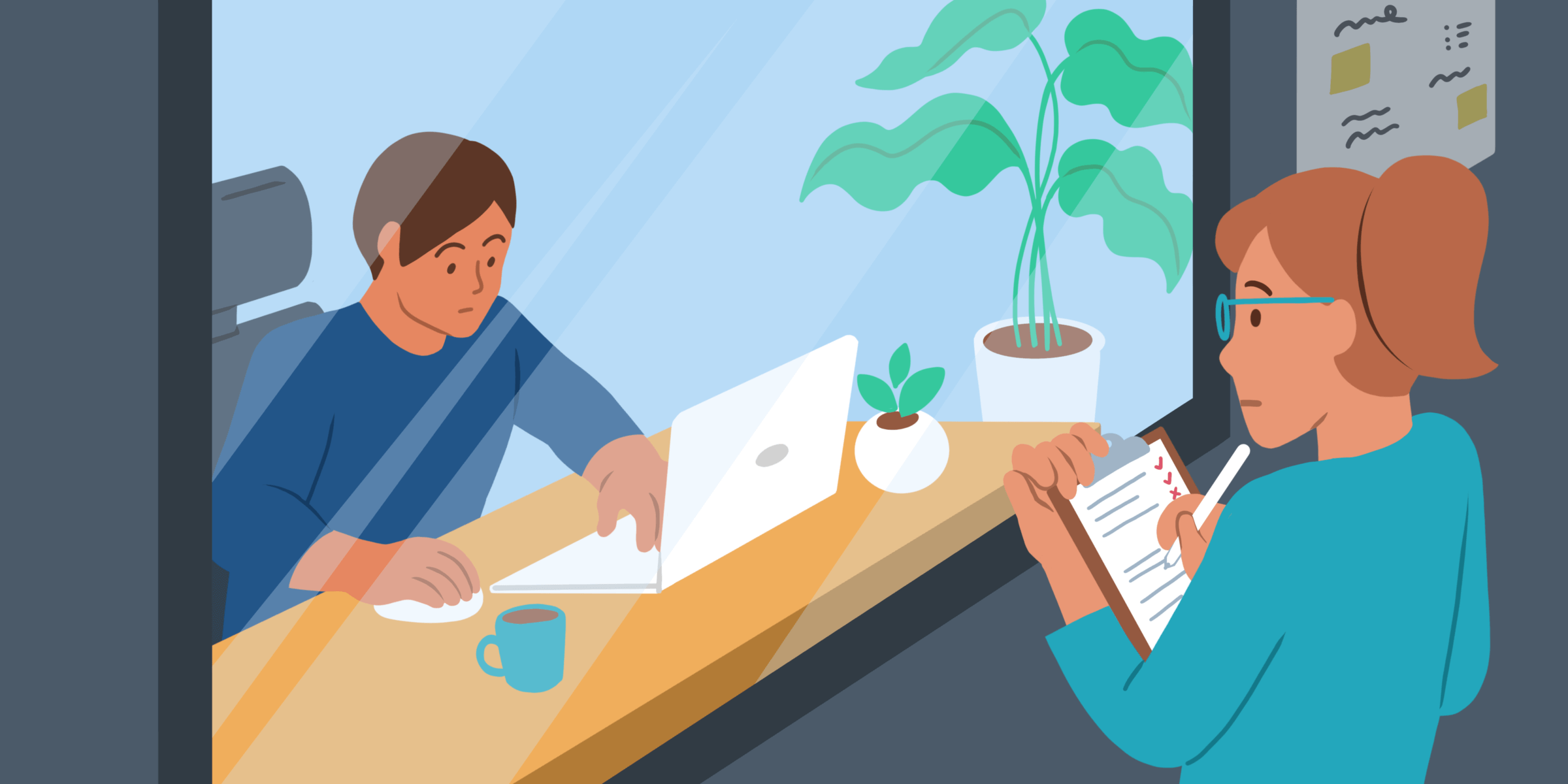 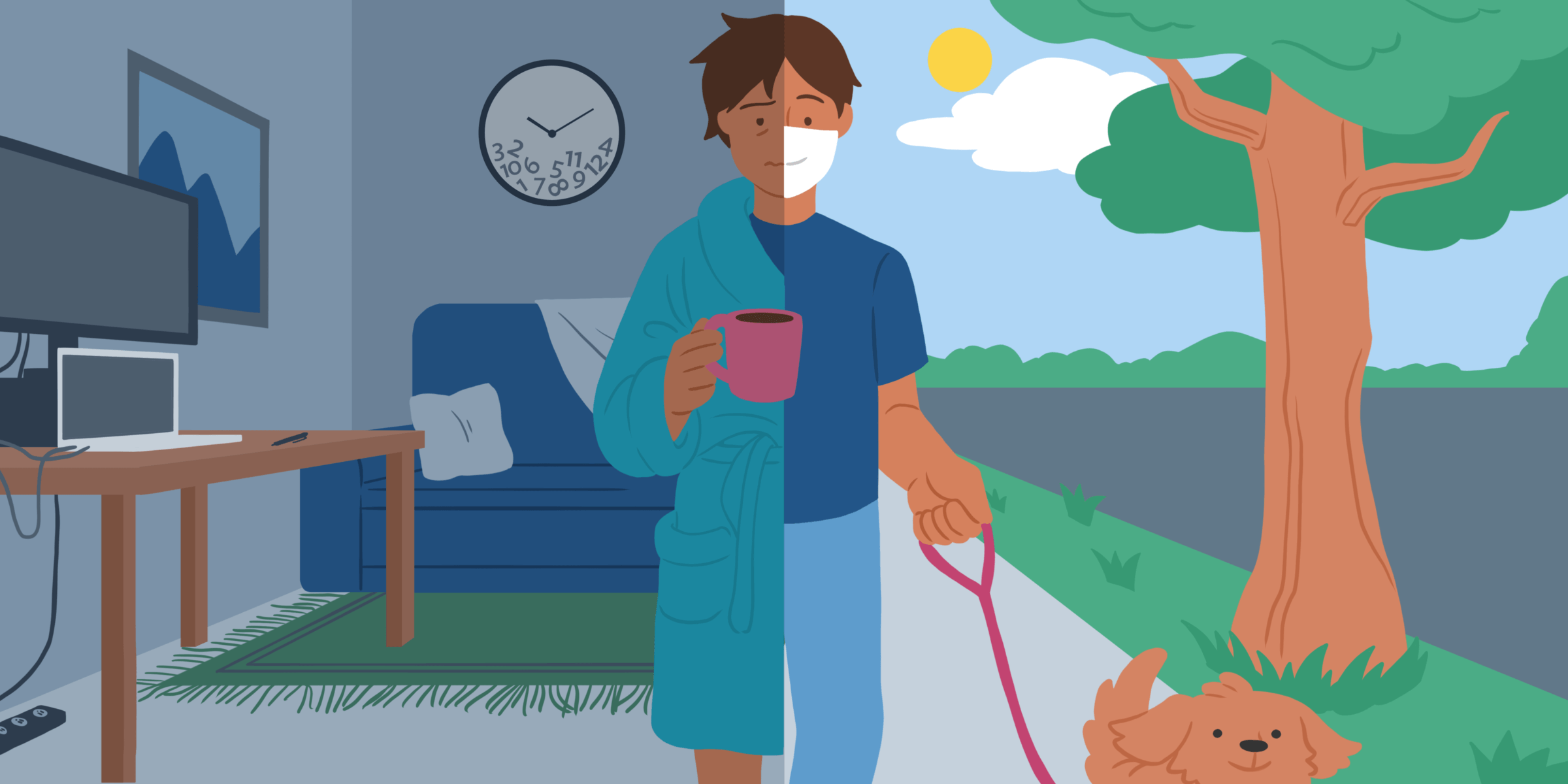 Working remotely: The pros and cons 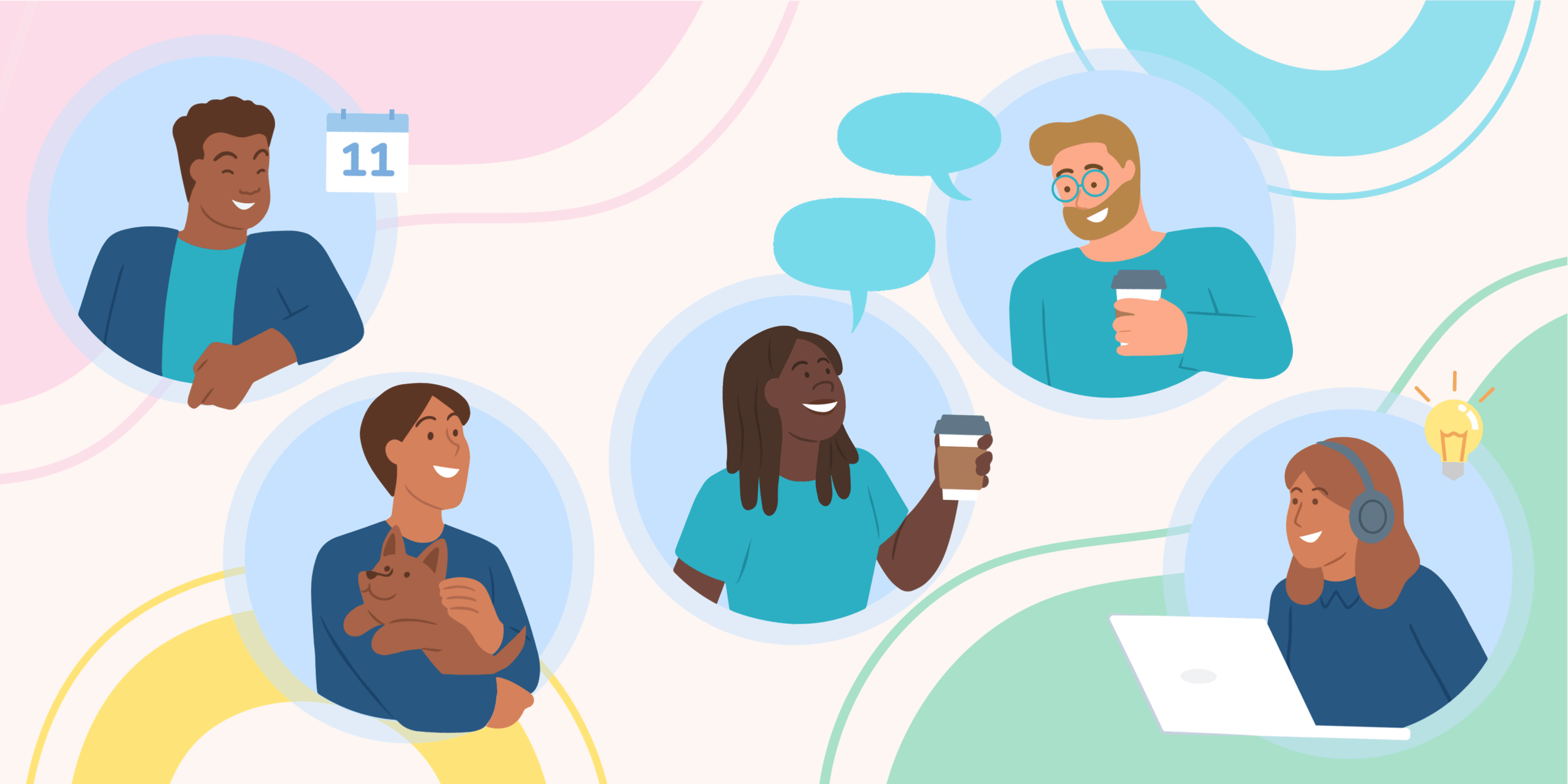 How to build and structure a successful Engineering team