BLOG
All
All
Company
Future of Work
Product
Time Management
Developer Productivity
Simplify external scheduling with group links
Make time to learn in the new Clockwise Academy
How Clockwise CEO Matt Martin Optimizes His Calendar
What Makes for Good Developer Experience?
7 Tips for Improving Time Management Skills
5 focus timers to increase work productivity
The 5 types of goals and 7 tips for setting goals that work
How to delegate tasks effectively as a manager
Best Slack Standup Bots
How to Create Slackbot Custom Responses
Using Google Calendar Tasks vs. Reminders to get things done
3 tips for better work-life balance
Benefits of self-organized teams in Scrum and Agile
Managing through Organizational Culture Change
How are other Engineers spending their time?
7 life-changing benefits of daily routines
7 steps for creating efficient workflows
3 ways Engineering Managers can maintain morale during the tech hiring freeze
Meet Vicky Thomas: VP of Product at Clockwise
How to conduct code reviews (+ a checklist!)
Setting OKRs in project management
Optimizing DevOps feedback loops in software development
A rundown of project team roles and responsibilities
The vital role of developer advocates in Engineering communities
Finer controls for flexible meetings
How to use the Google Calendar 'Find a Time' feature
The ultimate technical project manager (TPM) toolkit
9 high-impact techniques program managers need to know
11 Developer experience tools and strategies to improve DX
What is your bus factor? (plus 8 ways to improve it)
What's Next: How to do the right thing at the right time
5 Mistakes You're Making with Your To-Do List
How to measure developer experience (with metrics!)
The most effective project scheduling techniques in project management
Improving time optimization to speed up software delivery
8 best practices for leading distributed engineering teams
Developer experience (DX) and why it matters
How to run a great all-hands meeting
Trust, transparency, and teamwork: How to build a high-performing team
13 tips for spotting and solving bad meetings
Slack etiquette tips: How to make sure your coworkers don’t hate you
Leaders Eat Last summary and tips for improving team collaboration
20 fun in-person team building activities
What context switching is and why it’s killing your productivity
Clockwise helps you resolve meeting conflicts before they happen
Managing interruptions in Engineering teams
How to do a time audit (with a free template)
How to manage time as a shared resource
Your resource calendar mini guide for better resource management
The remote employee onboarding template you need
Which is better? Notion or Evernote?
The 5 best free online survey makers
Celebrating 4M hrs of Focus Time created, Clockwise announces new Enterprise solution and Product leader
The best gift a PM could get
How to use Clockwise: 5 killer time management hacks from users
A guide to pumping at work: Schedule & tips
Your guide to breastfeeding while working from home
How to create a product roadmap: Guide and FAQs
7 must-read books for product owners
8 meeting room booking systems for your office
What’s your work style? Take our work style assessment quiz
How to prioritize your work for maximum productivity and minimum stress
Optimize your work from home schedule + daily template
6 steps for developing a recruitment plan (with templates)
How to write the best welcome message for new employees
Which Software Engineering bootcamps are worth it? 7 great bootcamps compared
How to name your next work meeting for maximum effectiveness
9 no-code platforms you need to know about
The 12 best time tracking apps & software
Optimize your schedule like a pro with an activity log (plus a template!)
Getting things done summary
7 excellent meeting time zone planners for scheduling across time zones
3 Strategies to Spend More Time on What Matters
5 ways to find time to workout with a busy schedule
6 time-tested ways to minimize distractions at work
How Tuckman's stages of group development can benefit your team
Top 10 daily planner apps
How to improve productivity in an open office
7 tips for managing your time as a freelancer
4 signs you should hire a virtual assistant
Product manager goals: quick wins to crush it in your new role
Resource allocation: 5 tips for software development
How to move from software engineer to product manager
What's in your Genius Zone?
The Real ROI of a sustainable work culture
The return to the office: what does it look like now?
GitHub vs. GitLab: What’s the difference?
Trello vs Asana for project management
Google Meet vs. Zoom: Battle of the video conference platform titans
How to do a weekly planning session
6 practical tips for scheduling meetings more efficiently
6 great free Zoom Chrome Extensions for Zoom productivity
Scheduling pro-tips for calendar management
Overcome Parkinson’s Law to get more done
How to share a Google Calendar on your iPhone
Four steps to make monotasking part of your daily routine
Everything you need to know about taking a sabbatical from work
Introducing Clockwise Links - find the best time for external meetings, every time
9 Slack productivity tips to breeze through your workday
How to be effective at virtual networking

How 5G will impact the future of work 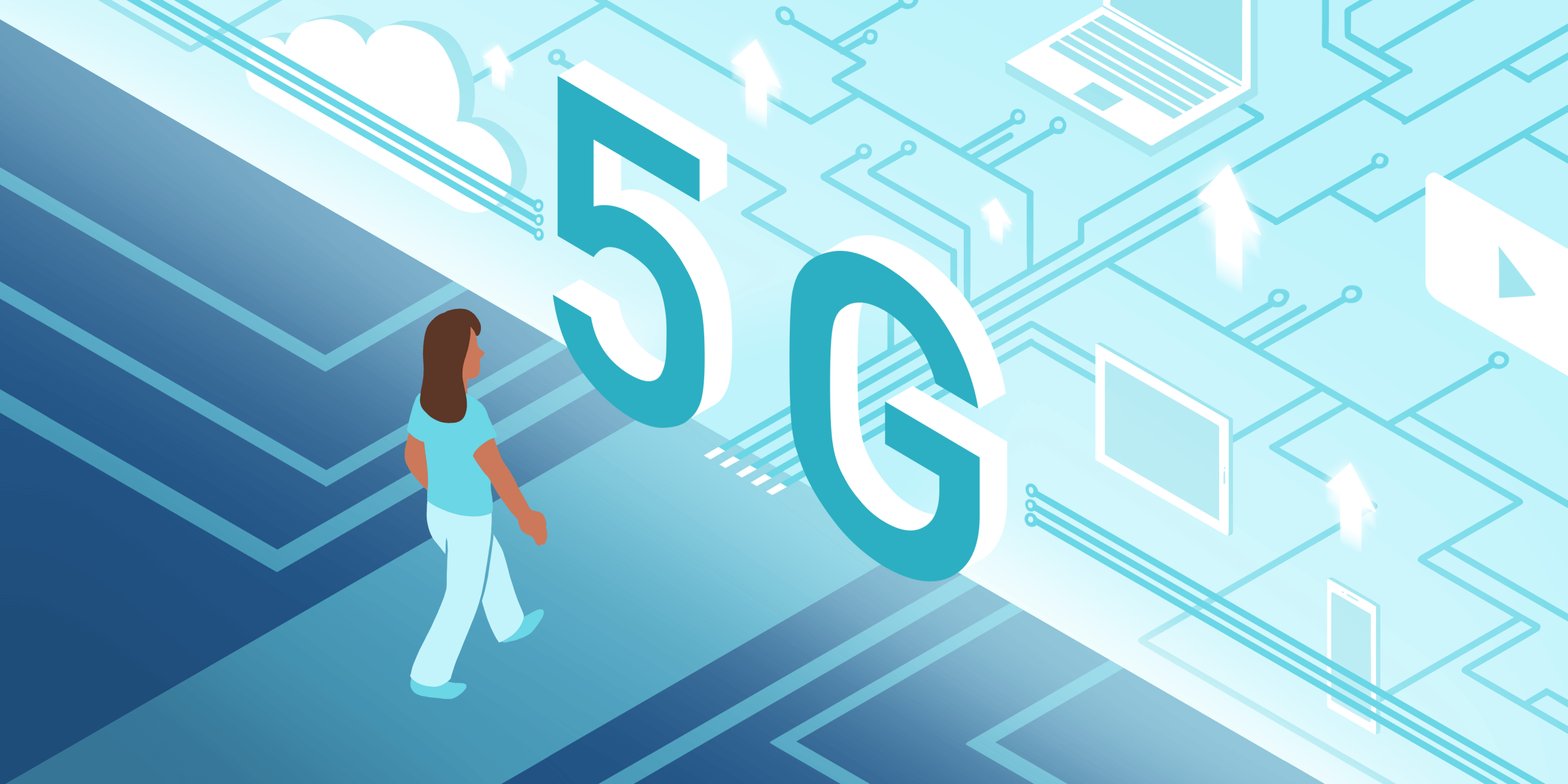 Apple’s latest iPhone models, announced in mid-October, are the first smartphones built to connect with 5G networks. The promise of 5G, the latest major advance in cellular connectivity, is bringing everyone, everywhere, fast internet without wifi.

The implications are enormous. “[5G is] going to have a big impact on all sorts of industries from manufacturing to robotics to even self-driving cars,” said Will Knight from MIT Technology Review.

How will 5G impact the future of work? In reports from think tanks and talks from experts in the field, I found predictions that 5G will lead to job growth, better jobs, and reduced economic inequality.

An extremely brief intro to 5G

What is 5G? Basically, the promise of 5G is internet access with WiFi speeds (meaning you can, for example, download a two-hour movie in seconds) wherever you have cell service.

5G is the “fifth generation” of mobile networks. Muriel Médard, Professor of Electrical Engineering and Computer Science at MIT, informally defined 5G as a “suite of enabling technologies for ubiquitous communications.” Cellular service providers have been upgrading their antennas, cell towers, and frequency ranges since 2019 to expand and improve their cellular networks. Current 5G offerings are 20% faster than 4G LTE connection speeds and have much lower latency.

Considering the fact that 39% rural Americans don’t have access to the internet at all and only 65% of Americans’ home internet is fast enough for Zoom, widespread 5G represents a massive change in connectivity for most of the US.

Three ways 5G is likely to impact the future of work

The Progressive Policy Institute recently released a report containing their predictions on how 5G will impact American labor over the next 15 years. PPI expects AT&T, Verizon, and T-Mobile to be “heading towards nationwide 5G networks by the end of 2020.” They argue, and we agree, that widespread remote work has intensified the need for wider internet access, including 5G.

CNBC calls 5G “a catalyst for the next industrial revolution.” Bloomberg’s Nico Grant said there’s a “broad expectation” that 5G will significantly push the internet of things (IoT) forward. One obvious ramification is a greater proliferation of “smart” factories.

While there’s widespread concern that automation will drive salary decreases and job losses in the US, the data shows the relationship between automation and employment and wages isn’t straightforward. That’s because while automation does replace existing jobs, it also creates new jobs.

PPI expects the technological advancements that 5G will help facilitate are likely to lead to total employment gains, not losses. They expect that 15 years after networks introduced 5G in 2019 5G and related tech will create 4.6 million more jobs than the economy would have otherwise created. They point to the fact that companies created 106,000 jobs as of April/May 2020 just building out 5G.

Even though increasing automation is likely to have a positive effect on overall job growth, it’s important to keep in mind that it may also, according to McKinsey, “widen existing disparities between high-growth cities and struggling rural areas, and between high-wage workers and everyone else.”

PPI also expects the jobs created by 5G to be higher paying than the ones we’ll likely lose to automation. “In an important sense, 5G job creation is a countervailing force to job destruction from automation and globalization, and critically important in the post-COVID world,” the authors write.

Colleen Berube, Chief Information Officer at Zendesk said her company is focused on automation “at every turn.” She expects automation of rote work will help free up time for workers to focus on “higher order work” like analysis, strategic thinking, and creativity.

Engineers and software developers are going to be in especially high demand to make 5G a reality. Looking at roughly 50,000 job postings nationwide at the end of April, about 0.6% included the term “5G.” In late April and early May 2020 titles in job ads included “Engineer, Principal 5G Systems,” and “Wireless Core Engineer,” and “5G Wireless SME / Senior Systems Engineer Level 6.”

Economic inequality in America is growing and is the highest of all the G7 nations. Meanwhile, economic mobility in the US has been flat (or declining) for decades and is lower than similar countries.

The vast majority of new high-paying jobs go to high-skill workers like software developers. “Technologies have replaced workers on the shop floor and in clerical tasks and rote information processing, “Andrew McAfee told HBR. “By contrast, big data, analytics, and high-speed communications have enhanced the output of people with engineering, creative, and design skills and made them more valuable. The net effect has been to decrease the demand for low-skilled information workers while increasing the demand for highly skilled ones.”

How to prepare for a 5G world

Even if 5G will create higher quality jobs available to workers at all skill levels it’s not a bad idea to keep your tech skills sharp. When asked how 5G and automation impacts hiring decisions, Berube said Zendesk is always looking for candidates with both domain expertise and technical proficiency. Southwick echoed Berube, saying that when Pure Storage is evaluating candidates, hard skills are “table stakes.” In addition they’re looking for workers with “hybrid capabilities.” For example, a hardware engineer who can also write software.

It’s also important to remain cognitively flexible and keep abreast of new technologies. “We’ve enhanced how we think about hiring to also include soft skills,” Berube said. Zendesk is looking for workers who are comfortable with change and who are resourceful when solving problems 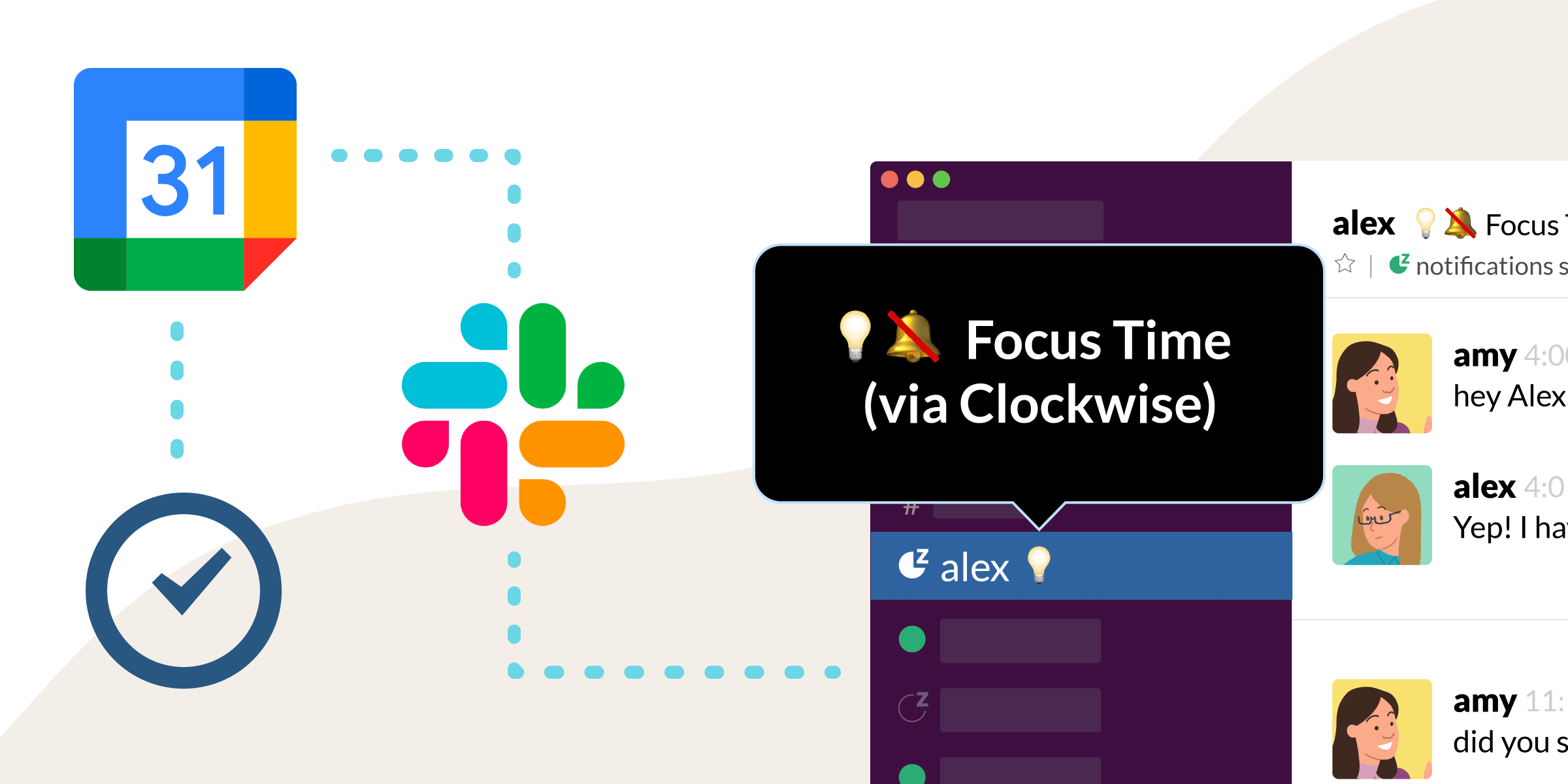 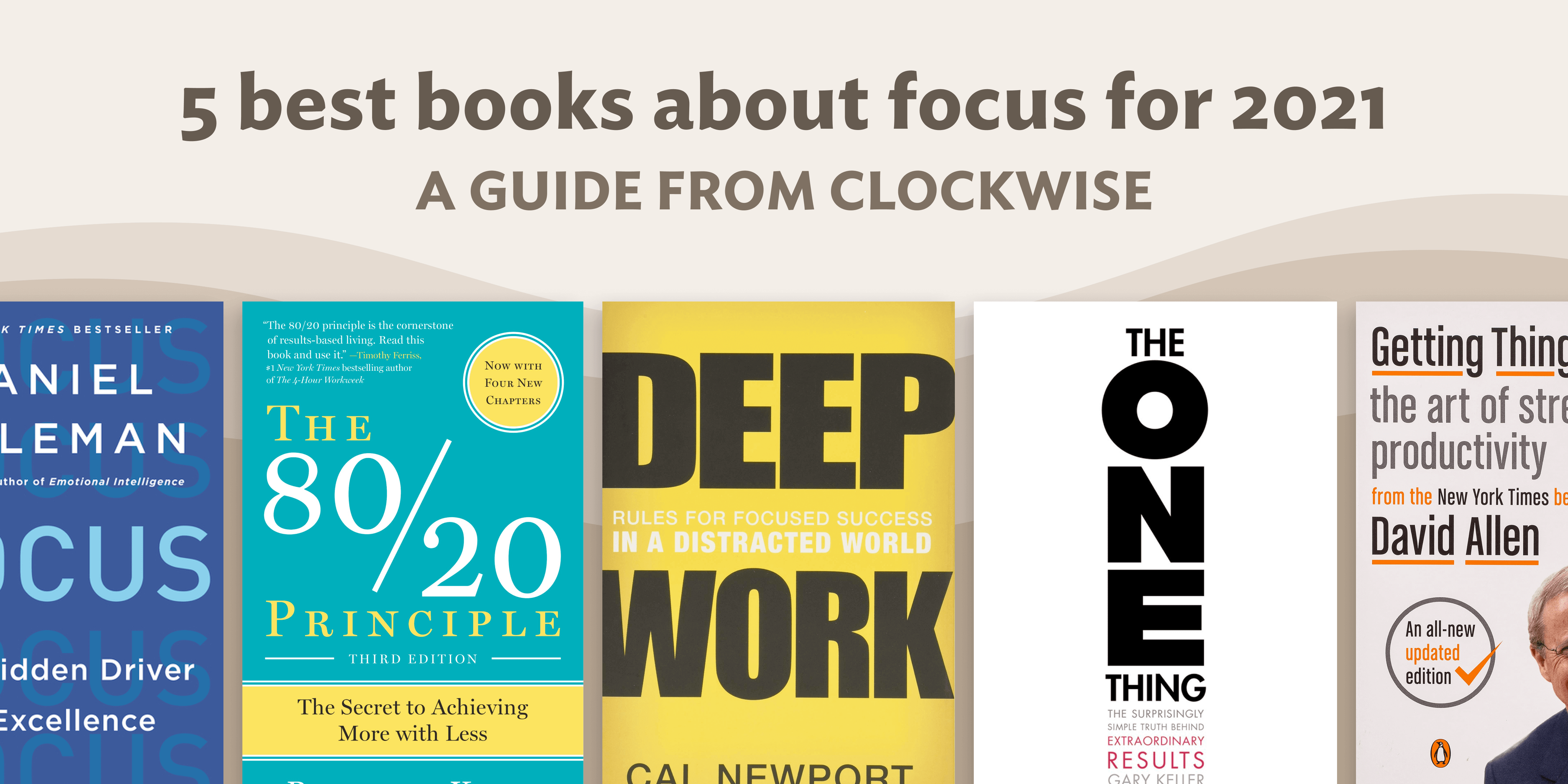 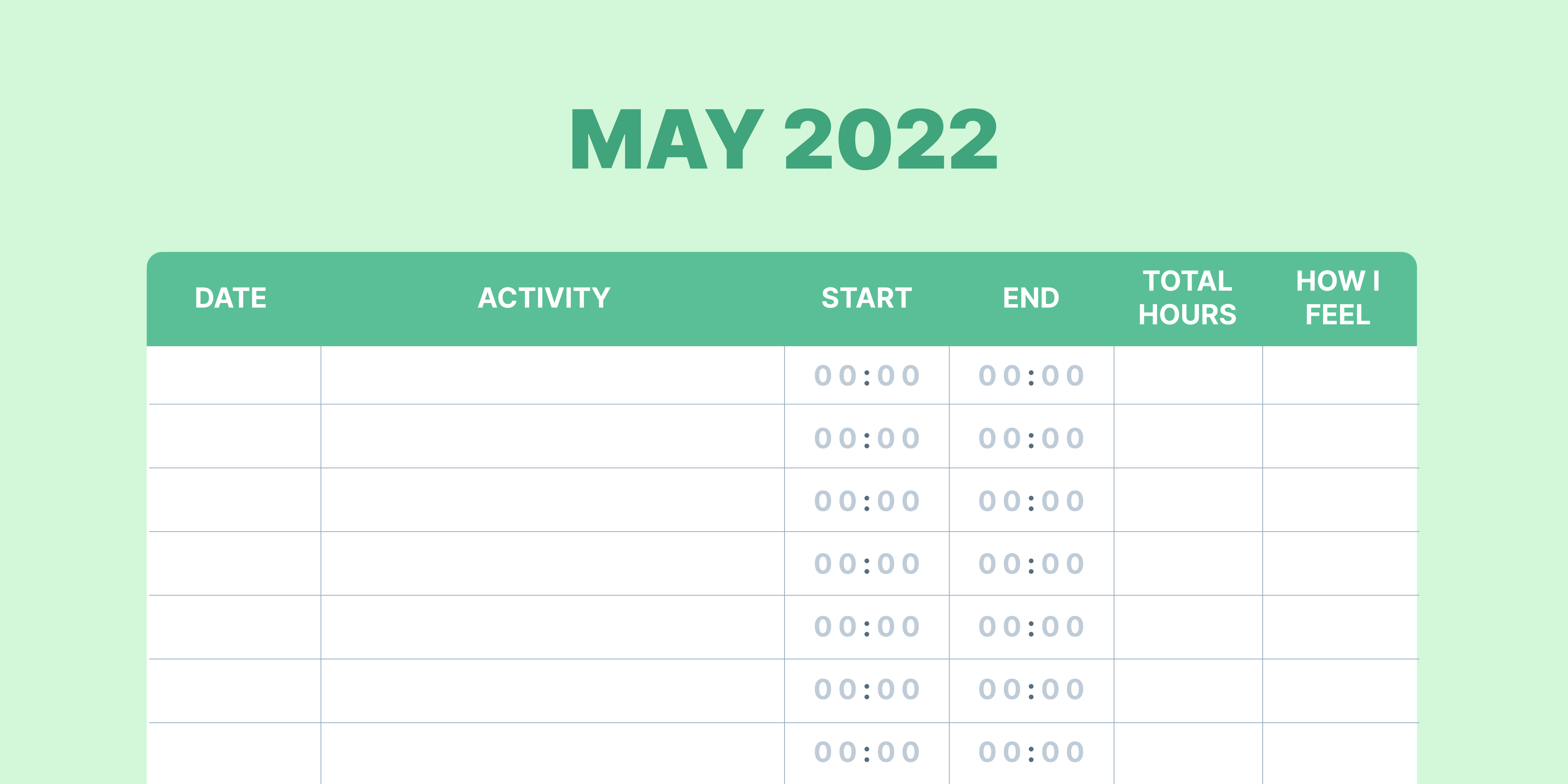